Manchester United will be one of the toughest teams to beat in the Premier League next season and Jose Mourinho wants to make sure that they are one of the toughest teams in Europe as well, as he is ready to spend more on first team players this summer. They have already spent over £150m on the likes of Victor Lindelof, Romelu Lukaku and Nemanja Matic but Mourinho is reportedly desperate for another midfielder and is extensively linked with a move for Barcelona star Sergi Roberto.

According to reports from Spanish media outfit Mundo Deportivo, Barcelona have now rejected a £36m bid for the Spanish star from Manchester United. Also wanted by Chelsea, Roberto has failed to nail down a starting spot at the Camp Nou as yet in his preferred position and is reportedly ready for a move if not given assurance of his first team place in Spain.

Barcelona are reportedly not ready to sell Roberto, having lost Neymar Jr recently but should Manchester United come up with a bid that Barcelona cannot refuse?

A product of the La Masia:

Born and brought up in Reus, Spain, Roberto joined the La Masia academy in 2006 and just three years later, jumped into the junior side, where he established himself as a first team star. Just a year later, he made his senior team debut but only made a name for himself under the previous Barcelona manager Luis Enrique, who decided to use him as a fullback regularly.

Known for his versatility, the 25-year old can play as a full-back, as a midfielder or also as a winger but he is at his best when playing through the middle of the park and controlling the tempo of the game. With exquisite touch and even better vision, Roberto is a genuinely creative midfielder who is ready to put in the hard yards in the middle of the park.

Technically gifted and hardworking, Roberto has developed the art of hold up play well, making him an asset in the Premier League while his dribbling and passing abilities only make him more dangerous. He can play as a part of the three man midfield and could be a super star in the Premier League, given enough chances.

The only reason Roberto wants to move is the lack of playing time at the Camp Nou. But with Nemanja Matic, Paul Pogba, Ander Herrera as the first choice for Mourinho, Roberto isn’t likely to get too many first team chances at Old Trafford either.

However, with just Marouane Fellaini and Michael Carrick as the only other options in the squad, Roberto might not have to wait to get his chances, which might be enough to lure him to England. His versatility will also be an asset for the Red Devils but should they make another move for him this summer? 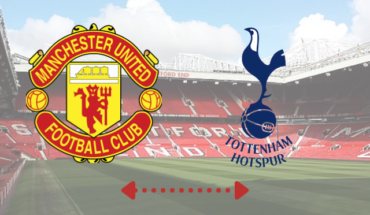