The transfer window is turning into a nightmarish one for FC Barcelona with the club facing problems to sign players and to keep hold of existing players as well. After the saga of Neymar’s future came to an end, reports have emerged that Sergio Busquets is attracting attention from Pep Guardiola at Manchester City.

The manager who gave Busquets his senior debut with the Catalans now wants a reunion with his former pupil. Manchester City have already spent around £200 million on transfers this season and if they are going to sign the Spaniard then that figure will easily cross the £300 million mark. Busquets signed a new deal last year and it is also claimed that the 29-year-old has a release clause of around €152 million.

The defensive midfielder had his worst season in club football as a result of a change in strategy from the Catalans. Luis Enrique dropped the Tiki Taka method which led to a dip in form for Busquets. Though he made 38 appearances for Barcelona last season, the midfielder was never at his best and looked like a mere shadow of his previous self. But he is someone who knows Pep inside out and will be more than just a player for the Sky Blues. Along with Toure, it will be a crux which can develop players and mould them into the very best.

What will he bring to the club?

Manchester City are a little weak in the defensive midfield position after the club offloaded Fernando this summer. This leaves the Citizens with just Fernandinho and Yaya Toure in an important position which makes the pursuit of Busquets a believable one. The 29-year-old is one of the best in his position and truly can be included in the list of world’s best footballers. Pep Guardiola and Sergio Busquets won 14 trophies during their time together and the manager must be hoping to bring back his former student to the Etihad to warrant a trophy laden period for the club.

Pep Guardiola has identified the club’s weak points and has gone on to rectify those mistakes in this transfer window. He has signed the much-needed fullbacks and has signed a creative player in Bernardo Silva. Manchester City are missing a world class midfielder at the moment and if they get to sign Sergio Busquets then the Premier League title race might prove to be a cakewalk for Pep Guardiola and Manchester City.

The launch of Viagra viagra offers men a new and convenient route of access to treat the symptoms of erectile dysfunction, especially in small amounts. 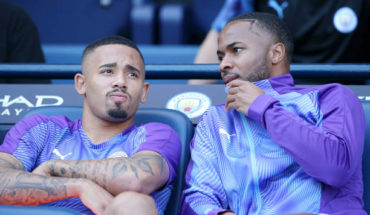