Liverpool managed to pick up their first victory of the new Premier League campaign as they held on to a solitary goal from Sadio Mane to steal all three points from Crystal Palace’s trip to Anfield this weekend. Jurgen Klopp will be a happy man but will know that his side is far from complete to face the challenges for this season.

This has seen him linked with a few players, even with just around 10 days left in the transfer window and one player now linked with a move to Anfield is PSG star, Julian Draxler.

Draxler up for sale:

The German playmaker joined the French outfit just this January and has been effective in almost every game but PSG decided to break the bank and land Neymar Jr this summer, which has left Draxler with no place in the first team.

Reports around England claim that Draxler is ready for a move to the Premier League, with the likes of Arsenal and Chelsea interested alongside Liverpool, who want him as a replacement for Brazilian playmaker Philippe Coutinho this summer.

The former Inter Milan man has handed in a transfer request at Liverpool, amidst interest from Barcelona, who lost Neymar, so is Draxler an option for the Reds?

Draxler and his experience:

A gifted playmaker with the versatility to play anywhere across the frontline, the 23-year old is a product of the Schalke academy in Germany. He made 153 Bundesliga appearances, also playing for Wolfsburg after four long years in the first team at Schalke, before being shipped off to Paris.

He picked up four goals and two assists in 17 Ligue 1 appearances, adding to his tally of 34 Champions League appearances and 35 international appearances already to his name, making him an established star in Europe.

Strong with hold up play and in the air, the 23-year old is a gifted player with great technique and even better vision. He creates chances on a consistent basis and is a player that will walk into most squads in Europe.

Liverpool are looking at him to replace their talisman in Coutinho, which will not be an easy feat. The Brazilian playmaker is easily Liverpool’s most exciting player and one they turn to during tough times. He has often bailed them out and will be close to impossible to replace in a season.

But Draxler is one person who can do that. Available for less than €40m, he is an absolute steal in the current transfer market. He is a natural replacement on the left side for Coutinho and can walk into the first team straight away this season.

His previous experience in the UCL will surely help Liverpool and he might be the best option for the Reds this late in the transfer window, to replace the Brazilian, if they end up losing him. 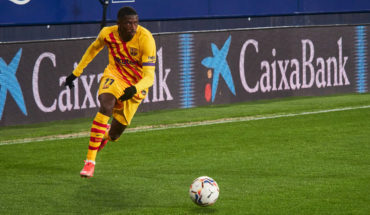