Chelsea’s triumph at Wembley against a distraught Tottenham Hotspur showed us that they are still a force to be reckoned with. Albeit one without the departing Diego Costa and at least two attackers short. The transfer window closes next week and the Blues will be looking to bring in some much-needed reinforcements. Chelsea are being linked to a plethora of players, which includes Arsenal’s Alex-Oxlade Chamberlain, Everton’s Ross Barkley and Leicester City pair Danny Drinkwater and Jamie Vardy.

With Diego Costa effectively forcing his way out of the door, Chelsea need another striker even though new signing Alvaro Morata has settled quite well and has shown glimpses of his potential. The former Real Madrid and Juventus man is not new to Antonio Conte’s system and has adapted to the Premier League quite well.

Chelsea are back in Europe this season though and that calls for a deeper and a much more complete squad. Recent rumours suggest they may be bolstering their forward line with a familiar face. And that is Leicester striker Jamie Vardy. Vardy has started the season very well, with a brace against Arsenal at the Emirates in the opening fixture.

Vardy has amassed 64 goals in 169 appearances since joining Leicester City from non-league club Fleetwood Town in 2012. Last season, he finished with 13 league goals to his name. That was 11 goals fewer than the 24 he managed in the 2015-16 season, where he missed out on the golden boot to Harry Kane by 1 goal.

Vardy’s Shot accuracy was 49% percent last season, up 3% from 2015-16. He assisted 5 goals last season. Vardy’s passing isn’t as great as his finishing, completing just 65% of his attempted passes.Vardy averages 2.1 shots per game, a low figure considering the fact that he is a striker.

He was the Premier League Player of the month for October and November in 2015, where he broke a long-standing scoring record of 11 consecutive games. He was also named the Player of the Season for the 2015-16, underlining his importance in Leicester’s title Triumph. (Via Premier league)

What he Brings to Chelsea

Despite a good pre-season, Manager Antonio Conte is still not too keen on Batshuayi as his backup option. His brief but entertaining cameo against Tottenham saw him score an own goal and he had Marcos Alonso to thank for after the Spaniard spared his blushes by scoring his second of the game. Jamie Vardy is a proven Premier League performer who brings with him goals and experience.

The 30-year old is known for his pace, and his ability to capitalize on errors by opponents. He is a counter-attacking specialist, which will sit well with the likes of Eden Hazard and Pedro Rodriguez also in the squad.

Around 30 million Pounds is what Chelsea are willing to part with for the sharpshooter and he also fills the home-grown criteria, which the club need to take seriously. Vardy would add depth and a formidable option off the bench, in games where Chelsea need runners in behind. 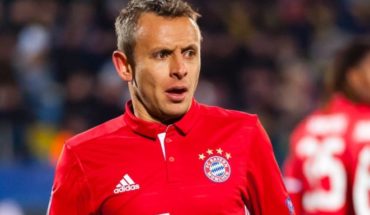