If the latest reports are to be believed, Newcastle United have secured a deal to lure Jacob Murphy to St. James’ Park this summer for a fee which is believed to be in the vicinity of £12million. Murphy was one of the most sought after prospects in the English football, with the likes of Crystal Palace, Southampton, Swansea City and West Bromwich Albion showing their interest to acquire his services, but it appears that the Magpies have had the last laugh.

Under the tutelage of Rafael Benitez, the Toon were exceptionally brilliant last term in the Championship. They added some good players last summer and were consistent enough to ensure that. Eventually, their relentless toil and perseverance yielded the requisite dividends as they went on to clinch the Championship title and earned promotion to the Premier League immediately.

Benitez is familiar with the animosity which the top tier would have on offer next season and is taking a major step to deal with that.

Who is Jacob Murphy?

Murphy emerged through the youth ranks of Norwich City and eventually paved his way to the senior side. With various loan spells, he proved his mettle and is a youngster with immense calibre and potential.

The 22-year-old is a very versatile player who is capable of plying his trade on either wing, on the left hand side of the midfield as well as on the right-back slot. Last season, he scored 9 goals and registered 6 assists, apart from making 1.2 key passes per game on an average in the Championship for the Canaries, as a result of which his stocks have risen considerably.

Murphy is pretty elusive thanks to his close control and dribbling ability and he also has good pace to burn. He loves to run into dangerous positions, prefers to cut inside at times and test the opposition goalkeeper.

Besides, he times his runs perfectly, delivers precise crosses into the box frequently and his raw pace enables him to be a compelling asset for his side during the counter-attacks. The Englishman is a confident player who doesn’t create much fuss while catering to his responsibilities.

Although passing, defensive contributions and his strength are some of the aspects he needs to better himself at, under the stewardship of Rafa Benitez, he can brush himself and reach to the next level in his career.

Frankly speaking, the chance to play amidst the lucre and under the limelight which the English top flight offers, in the black and white shirt, would have been too hard to resist for Murphy who is now a Magpies player.

Another reason some people prefer Sildenafil, compared to Levitra or read 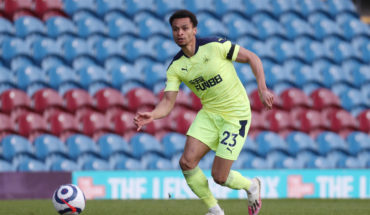