Manchester United, under the stewardship of Jose Mourinho, are slowly yet surely aiming to become a monstrous side once again and their recruitments are the testaments to the same. Mourinho has already bagged two world class players in the form of Victor Lindelof and Romelu Lukaku to beef up his defensive and striking arsenal, respectively, but he is far from being a satisfied man at this stroke of the hour.

Reports had emerged this summer that the Red Devils were targeting Inter Milan’s attacking midfielder, Ivan Perisic to bolster their midfield and to sharpen it further. After a brief hiatus, the links are once again picking up momentum, as one of the latest reports have stated that the Europa League winners are still very keen to introduce Perisic to the Old Trafford this summer for a fee which is believed to be in the vicinity of £48million.

The Italian giants, despite their reluctance to sell, might be forced to strike him off their books owing to his desire to ply his trade for the Premier League outfit. The 28-year-old cultivated a riveting and intriguing campaign in Serie A last term with the Black and Blues, as he banged 11 goals and registered 8 assists in 36 appearances. He would undoubtedly be a scintillating addition to Mourinho’s ranks and is arguably the final piece of the jigsaw.

Perisic is a player with notable reputation and is someone who has grown significantly into a complete player over the course of his career. He is fast, is technically very sound and moulds himself perfectly in the tactical nous of his side. The former VfL Wolfsburg man is versatile enough as he can be engineered on either wing, as a central attacking midfielder or on the left-hand side of the midfield.

Besides, he is a serious threat for his opponents during the counter attacks and has the ability to tear defences apart with his movements and tenacity. The Croatian international always looks to bring his teammates into the equation, creates adequate goal scoring chances, creates yards of space time and again and he himself tests the goalkeepers time and again from inside the box as well as from the outside and is an appealing commodity for any top quality side.

Let’s not forget to mention that he loves to cut inside and threaten the opposition and is very sound in the air as well. Considering that he is in the peak phase of his career, he is keen to taste new endeavours and a move to the Premier League is on the cards. If Manchester United successfully manoeuvre this deal, Mourinho’s side can really create havoc in the domestic competitions as well as in Champions League. 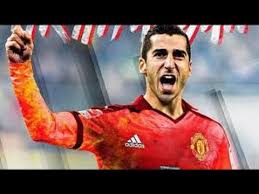