Simon Kjaer has been a very productive player both at the club level as well as with his national side, Denmark, and anyone who is familiar with the way he plies his trade must have known by now about the resilience he offers to the backline of his employers. If the latest reports are to be believed, Premier League newcomers, Brighton & Hove Albion are queuing up to lure him to the Falmer Stadium.

The Seagulls carved an automatic promotion spot, thanks to their relentless toil and perseverance and their ability to remain consistent for the major part of the 2016-17 Championship campaign. Chris Hughton masterminded their uplift and it goes without saying that Hughton would be keen to ensure that his outfit refrains from getting into the clutches of the relegation zone when they lock horns against the elite clubs in the country next season.

For ensuring the same, he would need to bolster the quality of his arsenal and thus, his apparent interest to sign Kjaer makes perfect sense. The 28-year-old accumulated 27 appearances in the Turkish Lig with Fenerbahce last term, during which he scored 1 goal and registered 1.5 tackles, 1.6 interceptions, 3.6 clearances and 0.6 blocks per game on an average and the steel he injected at the heart of the defence of the Yellow Canaries has made him an appealing prospect for top quality sides in the continent.

Kjaer is a strong centre-back, much like the way the English top flight demands, is sound in the air, is sharp with his tackles, doesn’t refrain from getting into tight areas and has a thorough understanding of the technical aspects of the game. On rare circumstances, one could find him losing possession and he has a decent pace in his legs to cater to his defensive duties when out of position. Besides, he is an experienced veteran, having plied his trade for the likes of Lille, VfL Wolfsburg, AS Roma and Palermo.

Fenerbahce have slapped a price tag of £7.5million on his collar and with two notable clubs in the shapes of AC Milan and Liverpool also interested in taking him away from the Ulker Stadium, Albion are seemingly likely to face stiff competition. Frankly speaking, a player of his class, who has earned adequate experience with the Denmark national side, would lift the standards of English football (if the deal materialises) and enable Brighton & Hove Albion in maintaining their Premier League status. 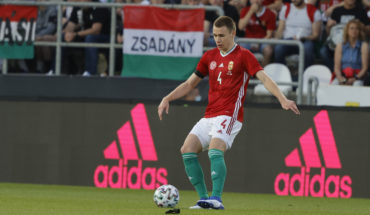