Home
LEAGUES
English Premier League
Everton
15 goals and 7 assists: Everton can pull off the bargain of the summer with this German forward

Everton have made progress under Ronald Koeman and with a crucial summer ahead of them, the Toffees need to spend big and wisely at the same time to continue a good run in the league and in Europe.

A striker seems to be high on Everton’s wish list as Romelu Lukaku has, more often than not, been the only source of goals for them. There has been a strong interest reported by the Toffees for Werder Bremen’s Max Kruse who wants to leave the German club after they finished eighth and missed out on Europa League qualification.

It is reported that Kruse has a £10.5 million release clause which was inserted in his contract last year when he joined Bremen from Borussia Monchengladbach. He is an experienced campaigner who has 14 caps for Germany and has the experience of playing in European competitions.

Bremen are ready to sell him for the mentioned price as the 29-year-old is eager to accept a new challenge.

Kruse had a brilliant season for Bremen as he scored 15 times for the German club and also assisted seven times. He likes to be involved in the game which is seen by his 2.2 key passes per 90 minutes for Bremen. He attempted 1.8 shots per game in the Bundesliga and also had 1.1 dribbles per game.

Kruse is best employed as a second striker as his playing style sees him drop deep to get involved and influence the game with his astute passing sense.

Everton need strikers at any cost as Enner Valencia is set to go back to West Ham United after his loan spell and Arouna Kone’s contract is expiring at the end of this month. With Lukaku, Kruse can guarantee goals for Everton as the German has a proven goalscoring record for club and country and can lessen the workload on Lukaku.

He can play in a role just behind Lukaku as a second striker as his link up play and through balls are said to be his strong points along with his natural ability to slot in even the half chances.

In this time of inflated prices, Kruse can prove to be a smart by for Everton as a player of his potential is hard to find at just £10.5 million. Idrissa Gueye proved to be a masterstroke last season at £7.5 million and Kruse can become the steal of this transfer window.

It his price tag combined with his supreme goalscoring abilities that should make Everton do everything in their capacity to land Max Kruse.

Tips and ways to save for Viagra (Sildenafil), according to the ﻿viagra Washington Post. 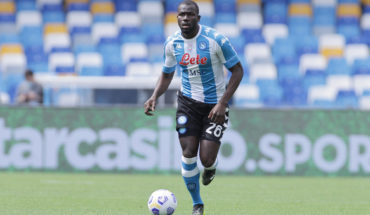