According to the reports, Malaga striker Sandro Ramirez is set to join Everton for a fee of as little as £5.25m, as the Toffees have triggered the buy-out clause which would take their spending spree so far this summer past £60m. With Lukaku having his heart set for a move away from the club, the Merseyside club need attacking reinforcements and Ramirez could perhaps turn out to be an excellent addition at a bargain price.

The ex-Barcelona player made 17 senior appearances for the club before moving to Malaga a year ago. Ramirez has had an excellent campaign at Malaga which has seen him score 14 goals for the club and also contribute with 3 assists.

Everton’s imminent signing Sandro Ramirez is a dynamic two-footed striker. He is really good in the box and despite his height, is hard to knock off the ball.

He can be used as an inverted winger as he loves to cut in from the left and was often deployed on the flanks when he was at Barcelona. Sandro’s movement in and around the box is pretty fluid.

He doesn’t shy away from taking shots outside the box and can make good use of the ball whenever given an opportunity. He is also proficient in set-pieces and has scored some stunning free-kicks from range.

Despite having a decent campaign, Sandro failed to be consistent throughout the season but to be fair, some of the lacklustre performances coincided with his hamstring problem. One other problem with Ramirez is that he tries to take on teams single-handedly which often backfires and his dribbling while generally penetrative, often results in him losing the ball.

He also needs to hone his ability to release the ball quicker as the striker has often failed to impress with the timing of his passes.

Sandro Ramirez is the right kind of player for someone like Ronald Koeman. If he manages enough time in the starting eleven, he is sure to get you goals and given his meagre transfer tag, there wouldn’t be a lot of pressure on the 21-year-old’s shoulders.

He is also quite young which may even give Toffees a long-term solution to their attack. Sandro played well in a struggling Malaga team and with a better calibre of players at Everton, we could see a better return.

The biggest threat would obviously be the fact that better players have tried and failed in the Premier League. The likes of Roberto Soldado and Iago Aspas came with pedigree but failed to adapt their game.

Even though he shouldn’t be considered Lukaku’s direct replacement, there will be the odd comparison or two and that might seem too much for him to handle. 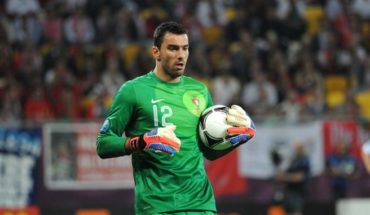