Champions League runners-up Juventus are being circled by many elite clubs who are on the prowl to prise away some of their talented individuals this summer. The latest of transfer rumours have linked the eccentric left back Alex Sandro with a possible move away to Manchester City.

The 26-year-old is in the prime of his footballing career and has provided the Bianconeri with stellar performance all throughout the past season. Pep Guardiola seems to have been impressed by the full back’s quality and versatility and is extremely keen on having the individual at Etihad before the start of next season.

Tied to Juventus till 2020 and being in sensational form has made this impeccable stalwart a target for many elite clubs, resulting in the Bianconeris price tagging the 26-year old at £52m.

Lets’s check on the Brazilian’s stats before doling out the verdict on the individual.

The 26-year-old has been impressive with the Black and Whites and little could be said against the talisman’s performance this past season.

Sandro made 43 appearances for the Serie A champions last season and provided them with 3 goals and 5 assists.

No question on the player’s consistency and fitness, the Brazilian is also quite adept at creating the odd chance and scoring up front.

The player had maintained an exquisite pass success percentage of 84.1 and made 63 key passes for his club, certainly an admirable feat for any full back.

With a tackle success rate of 77.39% and making a total of 70 interceptions, the defender exalts sheer dominance at the back.

Having the immaculate vision to pass and dribble along with the physicality to knock off opponents from possession, the 26-year-old does pose a stellar figure at the back. (Stats via WhoScored )

With a number of experienced fullbacks destined to leave the Etihad this summer, Pep would be looking to reinforce and bolster his backline. Known for his fondness of full-backs in order to implement his game-playing philosophy, the Spaniard’s interest in the Brazilian should come as no shock.

With Sandro, Pep would get the desired lethality and speed up front to assist his wingers as well as the solidity in the backline to thwart early attacks, something that he had been rueing all throughout the past season due to the overwhelming ageing fullbacks at City. Safe to say that this is a transfer that many could see happening in the summer.

“Quality comes at a price”, and this case seems to be no different. Having proven his skills and talent at the Bianconeris during his ventures in Serie A as well as Champions League, one could hardly doubt the youngster’s capabilities and the price tag.

£52m might be too steep a price for many teams to match but certainly not for the Blues of Manchester as they have proven on several occasions in many transfer windows and this case certainly seems to be no different.

A transfer for all Citizens to look forward to, hope Pep gets this done before other bigwigs lure away the talisman. 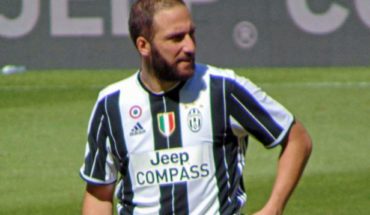