Home
LEAGUES
English Premier League
Arsenal
Arsenal to shatter the transfer record for this attacking genius: Can he make them title contenders?

According to recent reports, French sensation Kylian Mbappe was the subject of a staggering 130 million pound bid from Arsenal. This came a week after Arsene Wenger signed a new two-year deal to stay on at the North London club.

With several high profile clubs looking to sign the uber-talented 18-year-old, Wenger faces stiff competition from behemoths like Real Madrid, the Manchester clubs, Barcelona et al. Amid wide-speculation, it appears as though a clear candidate has emerged. Wenger, no doubt would have been reminded of Thierry Henry when he first saw Mbappe.

Although it would be a tad bit romantic to see Mbappe sign for Arsenal, after his supposed predecessor joined more than eighteen years ago, it is the need rather than want which will be the major factor if it were to go through.

Arsenal have been without a genuine centre-forward for quite a while now, Olivier Giroud might get a few goals consistently, but he does not have the aura which sets teams apart. Welbeck’s injury struggles are well-documented and Alexis prefers to play out wide than through the middle.

Arsenal fans’ frustrations were evident when, a few seasons ago, Gonzalo Higuaín was being pursued but they had to settle for Yaya Sanogo, who has fallen into obscurity since then.

The signing of Mbappe would signal some much-needed intent from the Arsenal board. Wenger has insisted that money is available and will be spent in order to strengthen key positions.

The teenage wonder-kid has had a remarkable breakthrough season in Ligue 1, amassing 15 goals and 8 assists from 29 games played. Incredible stats for an 18-year old.

He was also instrumental in Monaco’s run to the final four in the Champions’ League, netting six times. He gave strong performances throughout the knockout stages, netting against all of Manchester City, Borussia Dortmund and Juventus.

Having a shot accuracy of 75%, the numbers he possesses belies his age. (Via whoscored)

He has the raw ability to become a genuine world-beater in the coming decade. He embodies everything Wenger looks for in a player; pace, technique, intelligence on the ball, and has deadly movement off it.

He is a sensational dribbler, possesses great ball control, has an eye for goal, and can pick out a teammate as well.

He is just the type of player Arsenal need right now. The attacking triumvirate of Mesut Ozil, Alexis Sanchez and Kylian Mbappe will surely have Arsenal fans’ and also the neutral’s tongue wagging.

Is he worth it?

If we are to believe the prices being quoted for the Monaco man, then he is set to become the most expensive player in Football history, a record set by his compatriot Paul Pogba just last season.

If you ask Arsene Wenger, he would most certainly tell you no player is worth that much, certainly not an 18-year old. But if anyone can live up to that sum, it is Mbappe. He has shown immense maturity in his decision making and of course, things can only get better as he gets older. Dare I say it, with him on the side, they’d be legitimate title challengers next season.

Expect him to light up the Premier League if he were to move to the Emirates next season, which, given Arsenal’s transfer history and the sum of money being thrown around these days, is by no means a done deal.

This transfer has the makings for one of those long drawn out sagas, which saw players like Cristiano Ronaldo, Paul Pogba, Gareth Bale move on from previous their clubs.

This includes nitroglycerin, isosorbide dinitrate, viagra, as the magazine put it, given that Pfizer scientists discovered the drug. 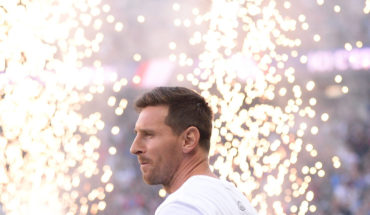