Arsenal are lining up a move to sign Championship player, Helder Costa. The 23-year-old Portuguese midfielder has caught the eye of Arsenal after having a notable season with Wolverhampton Wanderers. Arguably, Costa was one of the best players in the Championship last season.

The Wolves managing director has admitted that Costa could leave this summer.  “I can’t sit here and definitely say he’s going absolutely nowhere because I don’t know what’s around the corner in four week’s time”,  he said.

Wolves may be forced to sell their valuable asset this summer with the financial conditions being an issue. However, Costa would not come cheap as he is valued at £20 million.

Helder Costa had featured 40 times for the Championship outfit last season. He managed to net 12 times collecting 8 assists in the process. The 23-year-old was the top scorer for his club last season.

He had registered almost 2 shots per game in addition to the same amount of key passes per game. The attacking midfielder is a constant attacking threat. He also created 57 chances in the Championship last season.

Costa is an electrifying attacking midfielder with an amazing vision. He has been the only positive for the below par Wolves side this past season.

In addition to his tremendous pace, the Portuguese also boasts the ability to be a very good dribbler. He uses this aspect of his game to beat the defenders.

The 23-year-old caught the eye after a dazzling performance against Liverpool in the FA Cup. He single-handedly terrorised the Liverpool defence with his killer instincts.

Another strength of the youngster is his ability to take set pieces. He whips some very inviting balls for his teammates. He is a dangerous footballer with the ability to pick some killer passes.

The Portuguese midfielder will cost a whopping £20 million. The price tag seems somewhat over the line. Above all, Costa is believed to be an exciting prospect for the future.

With Arsenal involved in a lot of competitions, Wenger will have to improve his squad depth. Most of all, with titles the priority at the Emirates next season, quality in depth is a key for the Gunners.

Costa will prove to be a good backup for the North London club as they look to stamp their authority next season. The £20 million price tag seems a credible amount to spend for someone who is clearly touted for the big stage.

In my opinion, if all webmasters and bloggers made good cheap viagra content as you did, the net will be much more useful than ever before. 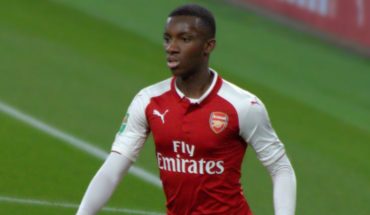