Jose Mourinho seems all set to galvanise and bolster his squad to vie for all top honours next season as Manchester United will be in action on both Domestic and European fronts. The Portuguese has been a long-time admirer of the talented PSG midfielder, Blaise Matuidi and recent reports suggest that he is keen on bringing the Parisian to Old Trafford this summer.

Although the club officials have offered veteran midfielder, Michael Carrick with a contract extension of 1 year, still, Mourinho would be more than inclined to rope in a replacement for the player.

Matuidi has a year left on his contract and with interests surrounding the player gaining momentum, reports suggest that the French International is interested in trying new waters. Also, the club president is reportedly unwilling to keep the player in his squad having offered only a 2-year extension with half the present wage.

Let us take a look at the stats of the player and evaluate the impact that he could provide the Red Devils in the centre of the park.

Being an ever faithful servant for the Parisians in the midfield for 6 years, he had been a key central figure for them and their success in the recent years.

The player’s playing style and technique somewhat resembles that of Carrick (with an added dose of aggression), a personality that United has been struggling to replace in the midfield but if they add the French talisman, it might prove to be the right move.

Also paired with his long-time friend and international team-mate, Paul Pogba in the midfield, one could easily imagine the understanding and chemistry both would have in the centre increasing the overall creativity and flair for the whole team on the pitch.

Although 30 might be too old an age to invest on, still the player’s experience and expertise in playing in the midfield and ability to play under pressure would be an invaluable addition to the team’s quality.
Superior ball control and ability to pick out forwards with quality passes is a quality that makes him an ideal Red Devil it seems.

Considering the attributes Mourinho would add to his team with the midfielder’s addition to the squad and the seemingly low and affordable price tag, the whole idea of the move seems to be filled with positives.

Mourinho, who has never deterred from bringing in experienced, older players to his squad( remember Drogba to Chelsea, Zlatan to Man Utd) would not shy away from persuading the Parisian to join the project at Old Trafford. This is a transfer that Mourinho should materialise as early as possible.

Safe to say, the fans would be delighted with the addition of the Frenchman in their already talented and exuberant squad next season.

Additionally, Viagra has been used “off-label” for other medical conditions how to get viagra cheap, such as Raynauds disease (a condition that causes fingers and toes to become cold and numb) and prostate cancer. 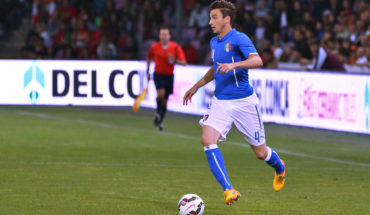