Home
LEAGUES
English Premier League
Bournemouth
Talisman Back With A Bang: Tottenham Hotspur Player Ratings From Their Win Over Bournemouth

Tottenham Hotspur delivered a statement of intent against Bournemouth at the White Hart Lane with a 4-0 win. Playing one day before Chelsea, it was necessary for the Lilywhites to win their match in view of increasing the pressure on the Blues ahead of their blockbuster clash against Manchester United. Moussa Dembele, Heung-Min Son, Harry Kane and Vincent Janssen got on the scoresheet for the hosts.

Spurs did that in fine fashion as it was a brilliant game from the home side straight from the first minute to clinch all three points. Mauricio Pochettino’s men have now gone on to win seven consecutive league games for the first time in 50 years. The lead at the top has been cut to just four points as the chasers have done what was needed from them. On that note, let’s take a look at the Tottenham Hotspur player ratings from a convincing win over the Cherries.

Hugo Lloris (7/10): The Frenchman made his first save in the 74th minute which proves how easy an afternoon it was for the club’s number one custodian.

Kyle Walker (6.5/10): As Bournemouth didn’t do much offensively, it gave Walker the license to burst forward at every instance which helped him provide an option on the right flank for his team’s attackers.

Jan Vertonghen (7.5/10): Another solid performance from the experienced centre-back as Bournemouth’s man in form – Joshua King could not get behind him with any success.

Toby Alderweireld (8/10): Was quickest to react to a corner in the first half which led to the assist for Moussa Dembele’s goal. He was also well positioned whenever Spurs needed him at the back.

Ben Davies (5.5/10): Bournemouth troubled the fullback at times and Davies needs to perform well in these sort of games to cement his place in the starting lineup.

Eric Dier (7.5/10): The Englishman intercepted many threatening Bournemouth attacks and looked assured playing ahead of the centre-backs.

Moussa Dembele (8/10): It was a kind of performance which showed why Pochettino holds him in such high regard. He was present everywhere and showed intent whenever he was in possession. Dembele got the icing on the cake when he scored his first goal of the season.

Christian Eriksen (7/10): The Dane was ready to pounce on any of Bournemouth’s mistake in defence and he made the most out of it by capitalising on the space that was afforded to him.

Dele Alli (8/10): Was again at his trailblazing best. He embarrassed Bournemouth’s defenders on a number of occasions with his effective passing and some slick skills.

Heung-Min Son (8.5/10): One cannot expect more from a player who was considered by many as an option for Spurs from the bench. Son has been brilliant this season for Pochettino and scored yet another delightful goal in the first half.

Harry Kane (9/10): What a return for the talisman! He scored in the second half after his comeback following an ankle injury while also providing an assist for Son in the first 45 minutes. Kane reached the landmark of 20 Premier League goals in three consecutive seasons today.

Victor Wanyama (7/10): Was brought on to see out the last 10 minutes and the former Southampton midfielder did that well.

Moussa Sissoko (6/10): Could not have an influence on the proceedings.

Vincent Janssen (8.5/10): The Dutchman scored his first goal of the season from open play and he will be relieved to finally break the deadlock.

But the man could have a child until 65, she often sleeps in the guest bedroom because her husband view 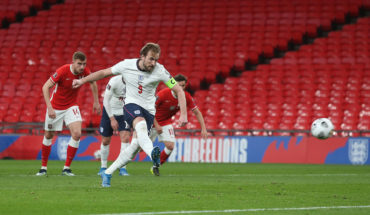