Jürgen Klopp’s transfer ideology is simple enough – scout for the players for a good enough time and make a move in the summer. While it’s best to avoid the panic buys in January, one or two new additions seems to have become a compulsion these days considering how bloated the fixture list is in England.

Klopp has refrained from spending big in the winter so far at Liverpool and it’s a pattern resembling his spell at Borussia Dortmund. Last transfer window was quiet for Liverpool, so expect things to liven up in the summer just like last time when the club spent big money on Gini Wijnaldum and Sadio Mane.

While there’s a good chance of new signings, one particular scenario which has unsettled some Liverpool fans seems to be the contract situation of midfielder Emre Can. The German has a contract until 2018 and it’s a bit strange the player’s representatives and the club haven’t been able agree on an extension.

Can has had a patchy spell at the club. Every time he seems to build some momentum and put in good performances, he’s halted by short-term injuries. They have affected his form and his recent run is a glaring example. After Jordan Henderson’s unfortunate injury news, Can was expected to step in and create an immediate impact. Although he took some time to adjust, he has picked up his game and is a key player alongside Gini Wijnaldum in the midfield.

Now, coming back to the contract, it shouldn’t really worry the club. Can was signed from Bayern Munich and considering the plethora of talent the top German clubs have in their midfield, a return is unlikely. Of course, he could move to a lesser known club, but it doesn’t really make sense considering Liverpool are close to a Champions League return.

He’s at a point in his career where he isn’t a world class player, but is no snob either. Klopp has managed to get the best out of the players and not many managers out there could have gotten this team to a top four place. The playing XI is pretty good, but they have struggled to find depth when the fixtures have come thick and fast.

Can has adjusted himself well in that midfield role and moving at this juncture of his career makes little sense. Liverpool were steadfast in providing new contracts to the likes of Adam Lallana and Philippe Coutinho earlier this year and expect a similar situation this summer.

It’s a crucial stage of the season at the moment and the players need to remain focussed for the remainder of the season and avoid a slip-up. So perhaps a contract is on its way this summer. 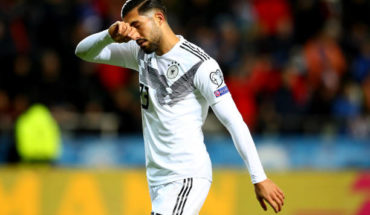