Play well, concede at the crucial moments, drop points and get frustrated. That’s been the story of Manchester United with the only convincing factor being the level and consistency of performances which have brightened immensely under Jose Mourinho. A tough draw against Everton last week and a mid-week victory over Zorya gave United something to be optimistic as they were to host Pochettinho’s Tottenham.

Old Trafford was the venue with the crowd urging United to get three massively awaited points at last and the home side did start well. Henrikh Mkhitariyan was the centre of everything whereas the trio of Pogba, Carrick and Herrera looked to nullify Dembele and Wanyama’s control. Marcus Rojo started along with Phil Jones with the threat of Harry Kane hovering around.

United started well with the ball and looked more threatening and the rate of retrieving the ball was ever so quicker. Harry Kane looked all over the place and hence, it was the home side that took the control gradually. Paul Pogba’s shot was saved nicely by Lloris while Mkhitariyan’s powerful shot was blocked by Vertonghen. The goal came as Herrera carved open Spurs’s with a lovely through ball and Mkhitariyan lashed upon it, ran with it and struck a shot with venom that beat Lloris. Man United held on with a magnificent defensive performance, nullifying each and every threat of Tottenham. Finally, after 78 days, United got their first victory in Premier League at home and they thoroughly deserved it.

Here’s how the red devils have been rated :-

Good save off Eriksen’s free kick and a commanding display as he made several stops. Clean sheet for David De Gea!

Got booked early but completely dominated the right flank again. What a revelation for United. He’s turning into a fine beast for United at the back.

Back in form and showed sublime ability to read the game. He made a fair but a crucial challenge on Rose in the dying minutes to keep a clean sheet.

Kept Kane at bay and doesn’t refuse to dive into challenges or make interceptions. He’s growing under Jose and United fans would expect more of the same.

He was solid today and fought well against Sissoko even though he struggled to contain him.

Calm and collective again and rose to the occasion with all his experience. This veteran is irreplaceable.

Got an assist to his name and displayed sublime work rate. He was all over the midfield giving it all. Wears the heart on his sleeve Ander Herrera and no wonder United fans love him.

Hit the crossbar with a curling free-kick and was denied by Lloris twice. Needs to be more clinical but definitely a valuable presence on the pitch.

Strengthening week by week and another display of sheer, sheer quality. He was the fulcrum to create anything going forward and finished sublimely when the chance came. Got injured later on and was stretchered off although it looks like he might return sooner than what it looked like.

Below his best and needs to put in more effort to keep his place or there are players on bench eyeing that place.

Had a fine game and once again showed good link up ability. 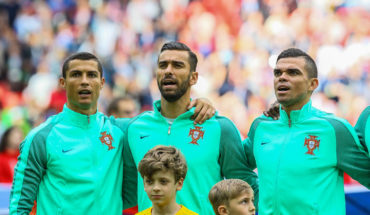