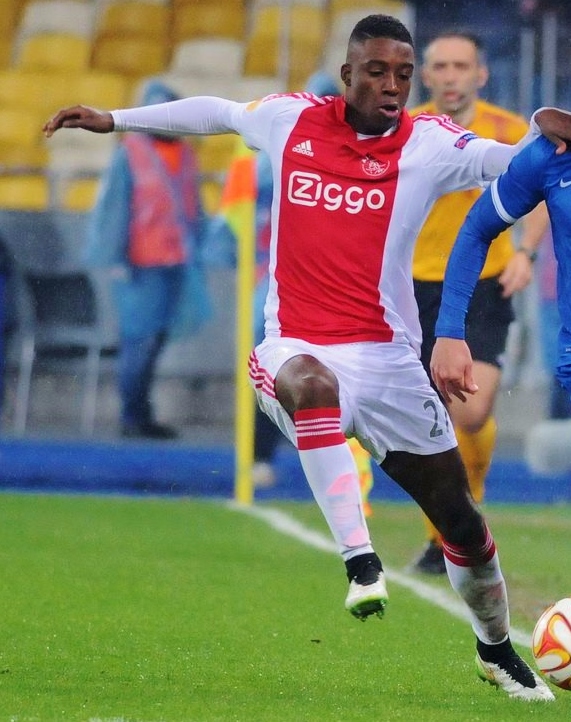 Every youngster rising from within the ranks of a particular club would obviously eye for a move to a bigger club showing interest in him and that is exactly the case of Riechedly Bazoer as well. Ajax has been a club renowned for nurturing young talent but sooner rather than later, the players move out of Holland for a bigger club.

It has been confirmed after lengthy negotiations that Bazoer is set to leave Ajax, probably in the upcoming winter window itself. And almost on cue front runners have emerged from across the world and interest has been expressed by two London giants of the English football, Arsenal and Chelsea.

Antonio Conte’s revolution at Chelsea continues and the travails of last season has been left far behind. The manager has completely revived the fortunes in the Blue part of London after a formation change which has seen him switch to 3-4-3 with two holding midfielders in Nemanja Matic and N’golo Kante. Even an injury to one of the midfielders or a suspension puts the entire system almost in jeopardy because it wrecks the balance. While veteran Nigerian midfielder Mikel is set to leave when his contract expires, Cesc Fabregas isn’t exactly a solid type of midfielder that Conte’s system needs and hence the backups for the midfielders aren’t exactly what Chelsea can count upon in times of need.

Considering all of this, Riechedly Bazoer fits in perfectly and might as well be an important jigsaw piece in the puzzle. Along with being a strong powerful midfielder, Bazoer is also gifted with good dribbling ability and vision, which for a midfielder and especially in this system is absolutely crucial. Statistically speaking, in 51 appearances that Bazoer has made for Ajax, his average passing accuracy remains over an impressive 85% percent and what is even more impressive is the rate of the average duels won which is touching almost 60%. Last season itself in 29 appearances, he won 67% of average take-ons and also suffered 64% fouls which are just the evidence that proves that not only his dribbling ability is good but also his strength in the midfield as well as decisive thinking comes in handy.

Chelsea football club need a midfielder like that. A midfielder who can go box to box and while doing his defensive duties, he also contributes from the midfield with distribution and effective lay-off passes. Nemanja Matic, for example, has over five assists for Chelsea this season and it just proves the contribution which is expected from the midfielders. Bazoer will undoubtedly add to the quality and if he is available in winter, Chelsea must move for him.