Gameweek 11 is upon us and before the heart-wrenching and dubious international break sets in, we have 10 matches to dive into and lap it up to the fullest. Last week we had the return to form of the Manchester City forward Sergio Aguero to celebrate and after playing with our hearts for a couple of weeks, he finally made the wait worthwhile. With Sanchez, Allen, Lukaku and Costa firing, the average was much higher last week and many patient owners were handsomely rewarded.

But we are approaching another weekend and it is time to take a look at the options at our disposal and come up with 4 players who will offer the route for almost sure shot points this weekend. We will keep in mind the price of the 4 players while making our choices. 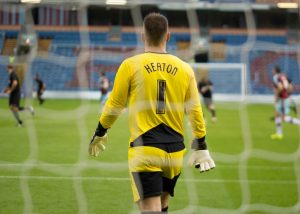 The hero of last week makes an immediate entry into these columns after making an astounding 11 saves against Manchester United for Burnley. Although he did makes jaws drop with his display, it was perhaps not the most surprising occurrence of the week. The Burnley star has been in terrific form since the beginning of the season and as a result, sits on top of the goalkeeper’s list. With a save every 16.7 minutes, he basically guarantees you save points and with Crystal Palace coming over to visit Burnley, a clean sheet doesn’t look too wishful at all.

The Leicester City star also seems a no-brainer when it comes to defenders with 34 points of his 37 coming at home. Only Manchester United’s Daley Blind has created more chances among defenders than the Leicester City man on home turf this season. Leicester City face a West Bromwich Albion side who have been poor on the road and their only away win dates back to the opening gameweek win against the Eagles.

We have overlooked Kevin De Bruyne due to his price and gone with a tad unconventional option in this Liverpool midfielder, Sadio Mane.

Phillipe Coutinho was the obvious choice from the Liverpool bunch, but his ownership and the fact that Mane has been on fire at home made us go for him. In his last 4 home appearances, Mane has racked up 34 points and we are backing him to terrorise a Watford along with his Liverpool teammates, who will deploy the attack-minded Holebas to nullify Mane’s threat.

For Sergio Aguero, we are willing to go the extra distance and shell out 13.1 for his services. The Fantasy football gold came roaring back to our rescue with a brace and an assist against the Baggies for Manchester City, but truth be told, after a goalless run of 3 games, he owes us this much! With Boro visiting the rejuvenated Manchester City side, who fancies a revenge for the 8-1?? 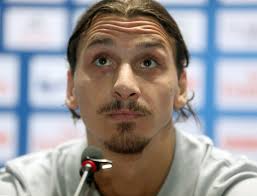