Home
LEAGUES
English Premier League
Arsenal
Fati could be available on loan: 3 clubs who should make a move?

Barcelona are reportedly willing to loan out youngster Ansu Fati for regular game time in this January transfer window.

The Guinea-Bissau-born talent, 20, burst onto the scene a couple of years ago and looked set to be the next big thing to emerge from the famed La Masia academy. However, the forward has been plagued with injury problems, which has severely hampered his progress at Barcelona.

According to Spanish outlet Fichajes, Barcelona are frustrated by Ansu Fati’s lack of development and want to loan him out this month. The club are disappointed with the young gun’s performances this season, with the Spain international yet to find his best version this season.

The report adds Barcelona are considering sanctioning a temporary move for Fati in order to make space for the arrival of a new signing. On that note, here are three clubs that should make a move for the 20-year-old attacker.

Arsenal are in need of attacking reinforcements following Gabriel Jesus’ long-term knee injury. Jesus was enjoying a superb debut season at the Emirates Stadium and his absence for up to three months has provided a big blow to Mikel Arteta’s title-challenging Arsenal.

In the wake of Jesus’ injury, the Gunners should opt to bring in Ansu Fati on loan for the remainder of the season. Arsenal already have an array of young and hungry talents in their squad, and Fati’s addition into the mix would certainly lift the quality of their attack.

Considering Arteta’s record of nurturing young talents at Arsenal, Fati could find himself in safe hands and enjoy the regular game time which he has lacked in Barcelona colours this season.

Alongside a central midfielder, Newcastle United’s foremost priority is to bring in a new attacker as they seem to lack numbers in that department.

Ansu Fati might be relevant on loan in current circumstances. When fully fit and into his stride, Fati’s performances at Barcelona since his breakthrough campaign has made it pretty evident he can be a tricky player to deal with.

The Spain international may have just three goals and as many assists in 15 league appearances to show for it this season, but the player’s talent and quality are undeniable—something Newcastle can definitely benefit from in their pursuit of a top-four finish.

Under Todd Boehly, Chelsea are splashing money left, right and centre to help manager Graham Potter get his team out of the rut. The latest player to arrive in the January transfer window is defender Benoit Badiashile from AS Monaco.

AC Milan’s Rafael Leao—one of Europe’s exciting attacking talents—is also on Chelsea’s radar. Going by Boehly transfer model so far of signing young talents with huge potential, it wouldn’t be surprising to see the Blues throw top dollar to get Leao’s signature in this transfer window.

Should Milan decide to cash in on Leao as he has only 18 months left on his contract, the Italian champions could go for Fati to replace the Portuguese—at least until the end of the season.

Fati has the qualities to thrive in Serie A and could provide Milan’s attack with the cutting edge they have lacked at times this season. With regular opportunities, the Spain international may also manage to get his career back on track. All in all, it could turn out to be a win-win situation for all parties involved. 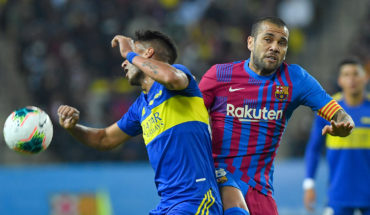 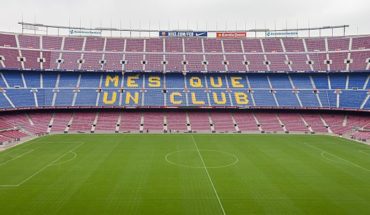