West Ham are reportedly among the clubs interested in signing Morocco and Angers midfielder Azzedine Ounahi in the January transfer window.

The central midfielder, 22, who joined French side Angers in 2021, has been one of the standout performers of the ongoing World Cup in Qatar, playing a key role in helping Morocco become the first African nation to make it to the final four. Several clubs have watched him throughout the World Cup and could make a move in the upcoming January window.

According to the Daily Mail, West Ham are keen on Azzedine Ounahi, whose stock has skyrocketed following his eye-catching displays in the Qatar World Cup. Ligue 1’s basement club Angers are bracing themselves for offers next month, with the midfielder now valued at £40 million.

Top European clubs such as Barcelona, Juventus, Inter Milan, Lyon and PSG have all scouted Ounahi over the past 12 months, while the Moroccan’s displays in the Middle East have recently caught the attention of Leicester City, Newcastle United, Southampton and Wolves in the Premier League, the report adds.

West Ham could lose star midfielder Declan Rice at the end of the season after he admitted earlier this month his desire to play in the Champions League and win major trophies.

Rice, 23, has no intention of extending his contract with West Ham and, as he has a deal until the summer of 2024 with the option to extend by a year, the England international could be sold next year amidst interest from Man United, Man City, Chelsea and Liverpool.

Should Rice gets sold, it will create a huge void in the Hammers midfield which will need to be filled at the earliest by manager David Moyes. Azzedine Ounahi has thus emerged as a viable target for the east Londoners.

While Ounahi will not be a like-for-like replacement for Rice, he will be a smart acquisition for West Ham off the back of an impressive World Cup campaign with Morocco. Apart from Rice, Moyes has Lucas Paqueta, Tomas Soucek, Flynn Downes, Manuel Lanzini and Pablo Fornals as options in midfield, so Ounahi, who can operate in various roles in the engine room, could be a shrewd signing both in the short and long term.

The Morocco international is quite highly rated across Europe after his tireless displays in Qatar, highlighting that he has the potential to develop into a top player. The 22-year-old will bring creative spark, energy and bite in the centre of the pitch if West Ham manages to pull off his signature. Plus, he will also provide a different dimension to Moyes’ midfield unit due to his technical ability and tactical understanding.

Thus, the Hammers beating a host of top clubs across Europe to Ounahi’s signature in January would represent a coup of sorts. 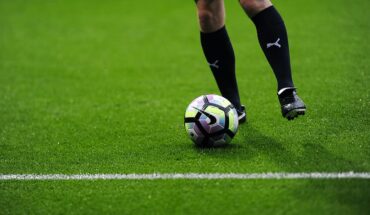