Tottenham came back from 2-0 down to earn a draw against Brentford at the Gtech Community Stadium in west London on Boxing Day.

Much like the first half of the season, Spurs were guilty of a slow start and deserved to fall behind when Vitaly Janelt bundled home from close range after fine work from Bryan Mbeumo in the build-up. Brentford dominated the entire first half and had chances to double their advantage.

After the referee and VAR waved away penalty claims by Harry Kane after he was hauled down by Ben Mee inside the area shortly after the break, Ivan Toney tapped home at the back post minutes later to double Brentford’s lead.

Kane halved the deficit for Spurs when he climbed highest to meet Clement Lenglet’s cross to bury home a header. Antonio Conte’s side were level shortly afterwards when Dejan Kulusevski’s low cross found Pierre-Emile Hojbjerg, who rifled home a shot past David Raya inside the area.

On that note, let us take a look at how the Tottenham players fared against Brentford.

On his first Premier League start of the season, Forster was unlucky to concede the opening goal, saving a deflected Jensen shot but the unmarked Janelt bundled home past him. Made a reaction save to deny Zanka at the near post but had no chance for Toney’s tap-in for Brentford’s second goal.

Struggled to cope with Ivan Toney’s physicality and aerial ability as the Brentford striker gave him a rough time throughout the afternoon. Subbed in the second half.

Uncomfortable on the ball and shaky at times, which was summed up by the wildly sliced clearance that gifted Brentford the corner through which they doubled their advantage.

Lenglet could only deflect Jensen’s effort at Forster which resulted in the opening goal. Lost the header for Brentford’s second goal but made up for it somewhat with an inch-perfect cross off the left for Kane to head home. The Frenchman was unlucky not to get another assist as another fine ball saw Kane crash his header against the crossbar.

Wasn’t effective much as Brentford pinned him back throughout the first half. When he enjoyed some joy in the latter stages of the second half, Doherty couldn’t make much of an impact with his crosses and late runs in the box.

Tottenham had no semblance of control in the first half and Bissouma played a huge part in that. He was lucky not to gift Toney a goal in the first half. Clueless with his decision-making and wasteful in possession. An afternoon to forget for the Malian midfielder.

Janelt ghosted in behind Hojbjerg to score for Brentford in the first half. Got better in the second half as the game wore on and scored a vital equaliser with a perfect curling effort inside the area.

Perisic, just like his fellow wing-back Doherty, had little joy on the flank in the first half as Brentford dictated the terms of the game. His influence grew after the break and the Croat delivered a few dangerous balls into the box for the Spurs forwards to attack.

Tried his best to wiggle past Brentford players and scuffed a shot at Raya in the first half. Kulusevski set up Hojbjerg’s equaliser with a low-deflected pass.

Anonymous throughout the first half. Burst into life after the break with a towering header to send Lenglet’s cross arrowing into the far corner past the hapless Raya. Kane then put his head in for an effort that crashed the Brentford crossbar, which could have been the winner for Spurs.

Looked decent in patches and tried testing the Brentford with a couple of shots but to no avail. Tried a left-footed effort in the stoppage time which the keeper saved comfortably.

Replaced Tanganga in the second half and brought some much-needed composure and control at the back for Spurs. Sent one powerful volley at the Brentford goal which Raya held safely.

Replaced Lenglet in the 90th minute. 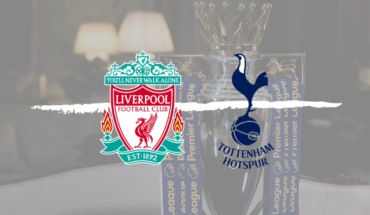