Manchester United will be aiming to end 2022 on a high when they travel to Molineux to face Wolves on Saturday in the Premier League.

The Red Devils are currently fifth in the table, one point behind fourth-placed Tottenham Hotspur, with a game in hand on the north London club. They made relatively light work of Nottingham Forest on Boxing Day, beating them 3-0 at Old Trafford in the last game.

However, Erik ten Hag’s side could face a tricky opponent in Wolves, who won 2-1 away against Everton in a dramatic fashion in what was new manager Julen Lopetegui’s debut Premier League game.

Scott McTominay and Victor Lindelof missed Man United’s win over Nottingham Forest due to illness and the duo remain doubtful for the trip to Wolves, but Raphael Varane provided a big boost by returning straight to the starting XI after reaching the World Cup final with France earlier this month.

In another boost, World Cup winner Lisandro Martinez was not involved against Forest on Tuesday evening but he returned to first-team training at Carrington on Wednesday and should be available for selection to Ten Hag.

David de Gea kept a clean sheet against Nottingham Forest last game and the Spaniard will want to shut up shop as quickly as possible at Wolves on Saturday.

Luke Shaw played as a centre-back in Man United’s 3-0 win over Forest but should move across to left-back here in the Man United lineup.

Lisandro Martinez has trained over the last couple of days and is expected to walk straight back into the starting XI to partner Raphael Varane in central defence. 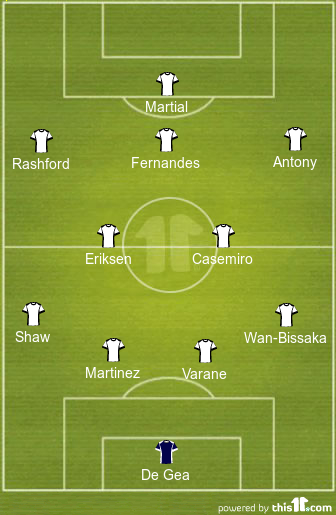 With Diogo Dalot still out, Aaron Wan-Bissaka should continue deputising at right-back in the Man United lineup. Harry Maguire will again have to be content with a role on the bench.

Casemiro, Christian Eriksen and Bruno Fernandes are expected to continue in midfield in the Man United lineup. Casemiro has transformed United’s midfield with his defensive prowess, passing quality and experience. His presence not only provides more security to the backline but also gives Eriksen the freedom to drive forward and link up with Fernandes more in the final third.

If Scott McTominay recovers from illness in time, he will find a spot on the bench alongside Fred and Donny Van de Beek.

Anthony Martial should lead the attack again, fresh off a confidence-boosting goal against Forest. Marcus Rashford is in red-hot form at the moment, making his selection on the left in the Man United lineup an easy one.

Antony will be expected to up his game after a poor display last time out, with the likes of Anthony Elanga and Alejandro Garnacho vying for a spot in the first XI. 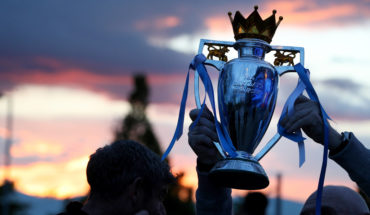