Chelsea will attempt to kick-start their season when they resume their Premier League duties against Bournemouth at Stamford Bridge on Monday evening.

The Blues went into the World Cup break on the back of a 1-0 defeat to Newcastle United at St James’ Park. They have not won a game in the Premier League since October 16 and lost four games in a row in all competitions before the hiatus, dropping to eighth on the table as a result.

Graham Potter, despite being at the helm of the club only since September, is already under pressure and will want to ease some of that with a win over Bournemouth, who have enjoyed a resurgence under newly interim-turned-permanent manager Gary O’Neil.

Armando Broja suffered an ACL injury in the mid-season friendly against Aston Villa and has been ruled out for the season. Wesley Fofana went off with a knock during the midweek behind-closed-doors friendly against Brentford and should be out for a couple of weeks, Graham Potter confirmed in his pre-match presser.

In what is an injury boost for Chelsea, Reece James has recovered from a knee injury sustained before the World Cup break and played 65 minutes against Brentford before being substituted. So, he is available for selection but Potter is still without Ruben Loftus-Cheek, Ben Chilwell and N’Golo Kante.

Meanwhile, Hakim Ziyech and Mateo Kovacic are yet to return to Chelsea after their heroics in Qatar for Morocco and Croatia, respectively.

Kepa Arrizabalaga got injured in the 4-1 defeat to Brighton in October and missed the subsequent four games in all competitions. But he has recovered over the World Cup break and should get the nod ahead of Edouard Mendy in goal against Bournemouth.

Lining up in a 3-4-1-2 formation, Trevoh Chalobah, Thiago Silva and Kalidou Koulibaly could form the back three in the Chelsea lineup. Silva will start at the heart of their defence, with Chalobah and Koulibaly operating on either side of the veteran Brazilian. 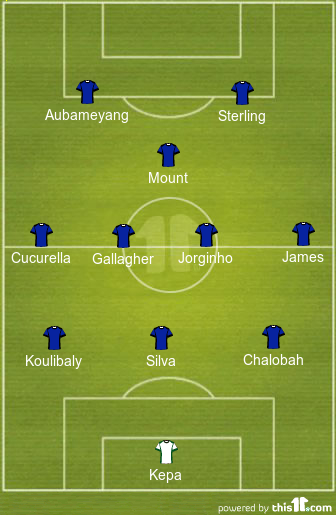 The Blues were way too leaky for their liking in the last few games before the World Cup, so they must toughen up and stay compact when defending against Bournemouth.

In midfield, Jorginho should be refreshed and raring to go after Italy’s failure to qualify for the World Cup. He will anchor the midfield alongside Conor Gallagher in the Chelsea lineup, who deserves a chance to impress after performing well before the mid-season break.

Reece James and Marc Cucurella should operate as the wing-backs in the Chelsea lineup, tasked with providing energy, bite, width and attacking impetus to the side.

Mason Mount will act as the link between midfield and attack, and his creativity, stamina and late runs into the box could be pivotal in causing problems to the Bournemouth backline.

Raheem Sterling and Pierre-Emerick Aubameyang should form the two-pronged attack up top for the Blues, and the duo will hope to receive good service in the box from Mount.

If the trio of Sterling, Mount and Aubameyang clicks for Chelsea, the Cherries could endure a long evening at Stamford Bridge.

Kai Havertz is another option for Potter to consider in attack, especially if he decides to operate with four at the back. 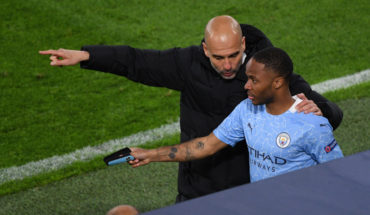