Manchester United are reportedly in contact with the representatives of PSV Eindhoven forward Cody Gakpo over a potential January move.

The PSV star, 23, has taken the World Cup by storm so far, having scored three times for the Netherlands in as many games so far, catching the eye of several elite clubs. And it looks like that has seen interest from Erik ten Hag’s club reappear.

According to reliable Italian journalist Fabrizio Romano, Manchester United are interested in signing Cody Gakpo from PSV Eindhoven in the January transfer window. PSV wanted to sell their star forward at the end of the season but an impressive World Cup could change their plans, with three to four clubs in the race for his signature, Romano tweeted.

Gakpo, 23, has enjoyed a meteoric rise with PSV Eindhoven and has seen his stock skyrocket due to his impressive performances for his nation at the World Cup. He has been one of the breakout stars of the showpiece event, helping the Dutch team set up a round-of-16 clash with the United States on Saturday.

Erik ten Hag has asked Manchester United to explore the possibility of signing a forward to replace Cristiano Ronaldo, who has since parted ways with the club on mutual consent. With Anthony Martial enduring another injury-hit campaign and cannot be entirely relied upon, the need for a quality goal scorer has only been accentuated for Ten Hag.

Cody Gakpo, in that regard, would be a perfect fit at Old Trafford. Man United had tabled a bid to sign Gakpo in the summer, only for the Premier League giants to shift their focus to getting Antony from Ajax. The Dutch forward himself has since revealed how close that move came to fruition.

Having stayed with PSV, though, Gakpo has 13 goals and 17 assists in 24 appearances this season across all competitions, including three goals and as many assists in five Europa League games. The 23-year-old has hugely impressed in Dutch football this season, and has carried his form into the World Cup.

Primarily featuring on the left side of attack for PSV, Gakpo can play across the front three. That could make him a valuable option for Man United. He could share the goal-scoring burden with Martial and Rashford during the second half of the season, whilst adding quality depth to Ten Hag’s squad.

The Red Devils certainly have the resources and clamour to tempt PSV into selling their prized asset, and Gakpo is likely to be attracted to the idea of playing under Ten Hag at Old Trafford. A move to Man United would be the perfect step up in his career and playing alongside world-class players in the Premier League could help him fulfil his massive potential.

Following a tremendous showing at the World Cup in Qatar, Gakpo could initiate a bidding war between a host of Europe’s bigwigs. So, Man United must try finalising a deal with PSV as quickly as possible before the transfer window reopens. 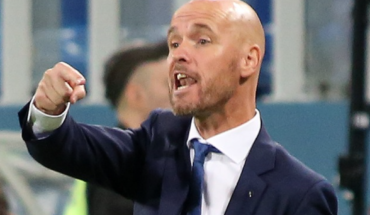 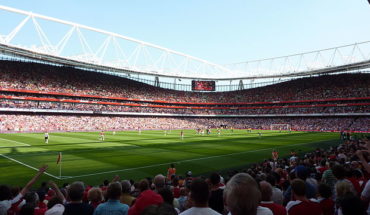