Chelsea are reportedly keeping tabs on the Bayer Leverkusen defender Piero Hincapie, with Graham Potter planning to add to his squad in January.

The Blues are closing in on the signing of RB Leipzig star Christopher Nkunku, with a deal seemingly in place for them to pay more than his €60million buy-out clause. With Nkunku set to join the west London outfit from June 2023, Graham Potter has shifted his focus to defensive reinforcements.

According to The Daily Mirror, Chelsea scouts have been monitoring Piero Hincapie at the World Cup in Qatar, with the youngster impressing for Ecuador. The central defender has started both Ecuador’s games against Qatar and the Netherlands so far, helping his nation to a 2-0 win and a 1-1 draw, respectively.

Hincapie, 20, is regarded as one of the best defensive prospects around Europe and his form over the past 18 months has caught the attention of many big English clubs, including Arsenal and Spurs. Chelsea are the latest club to enter the race for his signature, with Bayer Leverkusen bracing themselves for bids for the Ecuadorian in January having failed to qualify for the Champions League round of 16, the report adds.

Piero Hincapie started his professional career with Independiente del Valle in his homeland before joining Talleres in Argentina. The defender moved to Bayer Leverkusen in 2021 and has flourished in the Bundesliga.

Chelsea are in real need of defensive reinforcements after a poor 2022/23 campaign so far, conceding 17 goals in 14 league games. They have looked all over the place at times defensively, with Graham Potter still learning about his team.

Thiago Silva’s future at Stamford Bridge is up in the air with his contract expiring at the end of the season. The Brazil captain is 38 now and is not expected to play for long, while Kalidou Koulibaly has had an underwhelming start to his Chelsea career. With Trevoh Chalobah being hit-and-miss and Wesley Fofana out with a long-term injury, Potter must aim to bring in a central defender when the transfer window reopens in January.

And Hincapie fits the bill perfectly at Chelsea. He is the sort of defender Chelsea could build their team around for years to come. The Ecuador international is a fantastic ball player, more than capable of breaking the lines with his passing. His composure, reading of the game and decision-making are very good for a player of his age.

Hincapie has already established himself as one of the most promising young defenders in Europe at the age of 20, and he is likely to improve further with age, maturity, coaching and experience. A top coach like Potter could help him develop into a world-class defender.

It is no surprise Chelsea are considering signing Hincapie but they may have an ace up their sleeves to try and convince him to choose Stamford Bridge amidst widespread interest. 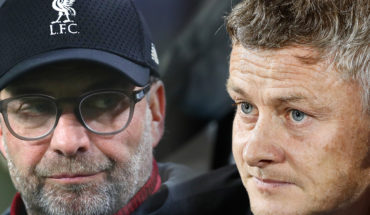