The Premier League 2022/23 has been fantastic and filled with top goals thus far. Arsenal are at the summit of the division with 37 points, five points clear of second-placed Manchester City. Newcastle United and Tottenham occupy the third and fourth spots, respectively, while Wolves, Southampton and Nottingham Forest battle it out in the relegation zone.

So far, several forwards have performed extremely well this season. As such, this article will look at the three best-performing attackers in the Premier League so far this season.

Erling Haaland has established himself as one of the best strikers in world football, and has managed to live up to his stellar reputation at Manchester City following his move from Borussia Dortmund in the summer.

18 goals and three assists in 13 league games are simply phenomenal numbers for a striker who is only 22 and playing in the English top flight for the first time. Haaland has already netted three hat-tricks—against Crystal Palace, Nottingham Forest and Manchester United—in his fledgling City career, demonstrating his ruthlessness in front of goal.

Given his fantastic form, the Norwegian is tipped as the favourite to end the 2022/2023 season as the highest goal scorer. Due to minor injuries, it will be interesting to see if Haaland can maintain his scoring consistency, though.

Given Haaland’s exploits, Tottenham talisman Harry Kane has gone a bit under the radar.

With 12 goals and an assist in 15 games, Kane, 29, is right up there with the best strikers in Europe. In terms of goals, he is only behind Haaland in the Premier League. Not only is he the top goal-scorer for Tottenham but also one of the finest playmakers in the division and just one assist so far this term doesn’t justify his creative talents.

In a season where Son Heung-min has endured a major dip in form, Richarlison and Dejan Kulusevski having their fair share of injury problems and Lucas Moura yet to get up to speed after returning from an injury, Kane has largely shouldered the responsibility of scoring goals for Spurs.

A solid World Cup with England will go a long way in helping Kane maintain his fitness and form.

Roberto Firmino has been one of Liverpool’s stand-out players despite the team’s inconsistency this season. He has netted seven goals and registered a further three assists in 13 Premier League games, including a strike in Liverpool’s 3-1 win over Southampton at Anfield before the international break.

With Luis Diaz and Diogo Jota injured, Darwin Nunez steadily making up for his slow start to the season and Mohamed Salah not firing all cylinders, Firmino, 31, has stepped up and delivered the goods consistently for Jurgen Klopp’s side.

The Brazilian is a smart player, creative, can carve chances out of nowhere for his teammates and score goals. Unfortunately, Firmino’s much-improved performances for the Reds this term weren’t enough to buy a ticket in Tite’s Brazil World Cup squad. 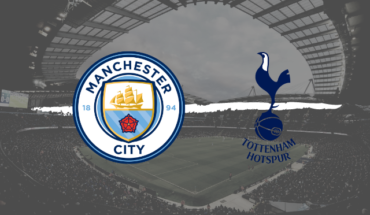