The Premier League returns at the weekend after a set of exciting third-round midweek ties of the Carabao Cup.

Matchweek 16 will be the final weekend of games in the English top flight before the World Cup hiatus; so this will be a chance for all the teams to sign off by entertaining the fans and leave them in high spirits.

Without further ado, let us take a look at the things to look forward to in Matchweek 16:

#Can Arsenal retain their top spot?

Arsenal took another big step towards their first Premier League title triumph since the Invincible season in 2003-04 with a 1-0 win over Chelsea at Stamford Bridge on Sunday. They were well-oiled, composed and disciplined, and looked a far better team than Chelsea for most parts of the game, demonstrating how far the north Londoners have come under Mikel Arteta.

Mikel Arteta’s side have a glorious chance of securing the top spot at Christmas with a win over Wolves on Saturday. Man City may leapfrog them temporarily with a victory against Brentford, but the onus will be on the Gunners to restore their two-point lead at the summit of the table.

Going by the contrasting fortunes of both Arsenal and Wolves, there is every chance of the Arteta-managed side entering the World Cup break all smiles.

#Will the Newcastle juggernaut keep rolling?

It is safe to assume Newcastle United as a genuine contender for the top four this season. With a 4-1 thrashing of Southampton at the weekend, they leapfrogged Tottenham into third in the table and now find themselves above the likes of Man United, Chelsea and Liverpool.

From scrapping relegation last term to now fighting for the Champions League places, the Magpies’ resurgence has been noteworthy under Eddie Howe. After beating Spurs in north London and holding Man United to a goalless draw at Old Trafford last month, a win over Chelsea at the weekend would be a scalp Newcastle’s present form merits.

Chelsea have lost their last two Premier League games which has raised question marks over Graham Potter’s personality and ability to manage a big club indoors. Three defeats in as many games in the Premier League would represent a mini-crisis if not less for Potter, and there is every chance of Newcastle piling more misery on Chelsea.

#Can Everton avenge their EFL Cup disappointment against Bournemouth?

Frank Lampard endured a dark night on Tuesday, as Bournemouth sunk Everton 4-1 in the third round of the Carabao Cup at the Vitality Stadium.

Defensively non-existent and toothless in attack, this was up there with the worst Everton performances under Lampard, who had completely changed his starting XI from Saturday’s 2-0 defeat to Leicester City. And his gamble backfired as Everton exited the Carabao Cup in embarrassing fashion.

Lampard and Everton, however, will be presented with a chance to avenge their shock loss in the League Cup when they host Bournemouth at Goodison Park in the Premier League. Everton fans slammed and berated Lampard’s tactics of changing the entire XI in the cup competition, and another defeat at the hands of Bournemouth will only add to the criticism levels. 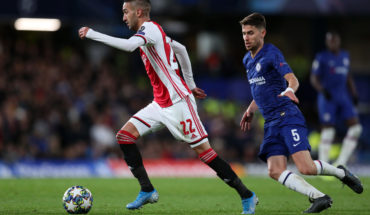 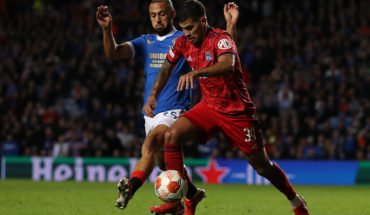