Chelsea are reportedly among many clubs interested in signing Borussia Dortmund midfielder Jude Bellingham next summer.

One of Europe’s top young talents, Jude Bellingham, 19, has been a roaring success for Borussia Dortmund since joining from Birmingham City in 2020. The English midfielder’s exciting performances for the German outfit in the last 12-15 months has seen him catch the eye of many elite European clubs.

According to Football London, Chelsea are keen on signing Jude Bellingham but will face competition from the likes of Liverpool, Real Madrid, Manchester City, Manchester United and Bayern Munich. Todd Boehly, the Blues’ new co-owner, has employed a clear vision of focusing on signing young, talented and hungry players that can seemingly fit into the senior side.

The report adds that Dortmund valued Bellingham at £110million in the past summer transfer window and refused to open talks with any club regarding their prized asset. And should the teenage prodigy enjoy an impressive World Cup with England in Qatar, his price is only going to shoot up with former Chelsea striker Tony Cascarino believing he could be worth as much as £150million.

Jude Bellingham to Chelsea—Should the Blues splash £150m next summer?

Chelsea splashed over £250 million on transfers despite missing out on a number of key targets in the summer transfer window, as new co-owner Todd Boehly gave a glowing indication of his ambitions to rebuild the squad. And Boehly intends to reinvest heavily once again moving forward and back new manager Graham Potter, who replaced Thomas Tuchel last month.

To avoid overpaying on players in the future, the Blues are putting plans in place to sign Jude Bellingham. Graham Potter, leading an exciting project at Stamford Bridge, is eyeing midfield reinforcements, with N’Golo Kante and Jorginho both well into their 30s and out of contract next year.

To that end, Jude Bellingham—one of Europe’s most promising young players—could fit into Potter’s side like a glove. The 19-year-old, already a regular in the England side, is an all-action midfielder with a wide range of passing skills and the ability to dictate the tempo of games.

Since joining Dortmund from Birmingham City two years ago, Bellingham, who also has 17 senior international caps to his name, has gone on to feature in 101 matches, in all competitions, directly contributing to 32 goals along the way. This demonstrates his ability to create and score goals in equal measure, and from a central midfielder’s point of view, those numbers are quite good.

The Englishman would freshen up Chelsea’s options in the middle of the park while replacing either one of Kante or Jorginho. For one of Europe’s most wanted talents, Boehly and Chelsea must make a statement by splashing £150m on Jude Bellingham next summer if required. If they can poach him from Dortmund, he would be an incredible addition to Potter’s squad.

As we have seen in the recent past, the Blues have spent quite a bit of money in their attempts to narrow the gap with the likes of Manchester City and Liverpool but haven’t found resounding success in their attempts. To that end, forking out an eye-watering £150m for a central midfielder doesn’t seem to be quite as absurd given the distance Potter needs to travel for his side to even think of challenging Manchester City for the Premier League title. 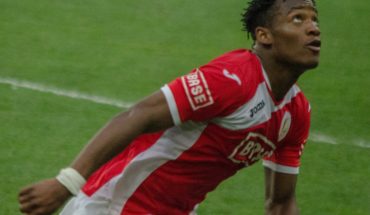 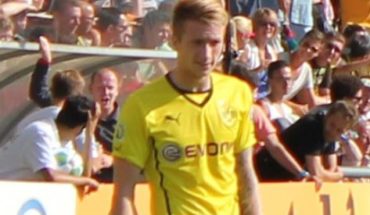