The bosman rule changed the face of football when it was first introduced in 1995 and has since facilitated the movement of some of world football’s most impressive players for no transfer fee.

As the 2021/22 season approaches its climax, so does the contract of several top players – many of who are some of the best defensive reinforcements any team could wish for. Apart from well-renowned attackers Kylian Mbappe and Gareth Bale, there are a handful of ball stoppers who are eligible to move from their clubs onto greener pastures. We take a look at the best defenders available for free in the summer of 2022. 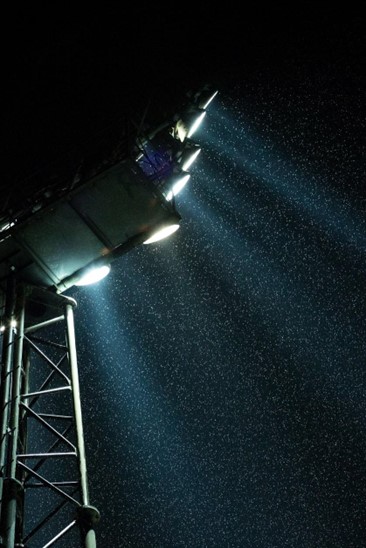 28-year-old German defender Antonio Rudiger is getting closer to moving out of Chelsea with every passing day. No contract extension deal has arrived from the management and with Roman Abramovich selling the club soon, he is bound to leave Stamford Bridge for a new challenge. He has approximately 200 appearances in the blue shirt since joining from Roma in 2017.

Arguably the least known name on the list, Jason Denayer is one of Ligue 1’s best defenders. He is set to leave Lyon for a new challenge at the end of the season. With heavyweights such as Real Madrid linked to him more than once, Lyon could be pressured to see him develop into a world-class stopper elsewhere in Europe. He is far from extending his deal at the Groupama Stadium.

Milan captain Romagnoli does not look likely to renew with the San Siro outfit. Unsurprisingly enough, the Roma youth product has not shied away from strong links with rivals Lazio, the club he grew up supporting. With super-agent Mino Raiola as his representative, he could probably move to any club he wants.

The Burnley defender is one of English football’s most highly-rated individuals. His rise from just another Championship player to one of Premier League’s best defenders is one for the ages. He has played a vital part in helping Burnley stay in the top-flight for six successive seasons, managing more than 200 appearances for the Clarets during his running spell.

Matthias Ginter has long been at loggerheads with the Gladbach management regarding a contract extension, and things seem to be going nowhere for the German center-back. He is one of Bundesliga’s most consistent performers at the back and having spent his entire professional career in his homeland, Ginter could be obliged to experience a new challenge elsewhere.

Surprisingly, club president Claudio Lotito has failed to nail down an extension with one of his club’s most promising players. The Lazio center-back has spent the majority of his professional career in Italy with the Bianchi Celeste, except for his initial one-season loan at Salernitana. The integral member of Maurizio Sarri’s outfit has more than 140 appearances for the club so far.

De Sciglio’s talent has largely been undermined at Juventus by coach Massimiliano Allegri. He was sent to Lyon on loan last season for more game time, but has since fallen behind in the Bianconeri’s ranks. His quality should force Juventus to hand a contract extension, unless another giant comes along with a better offer for the Milan youth product.

Chelsea have a number of defensive soon-to-be free agents in the market and Danish sensation Andreas Christensen is one of them. He is reportedly Barcelona-bound with a verbal agreement already taking place between the parties, as reported by transfer market expert Fabrizio Romano. However, nothing is yet set in concrete and other suitors might end up signing him.

Porto have regularly relied on Mbemba to rid them of stressful situations and as a surefire starter in Portugal, it is surprising to many why Porto have not extended his contract yet. Concerns over his true age remain for interested clubs, but he is undoubtedly a skillful stopper capable of making his way into any top team in the world.

Ajax youth product Noussair Mazraoui has been one of Europe’s most consistent performers in the wingback position in recent seasons. He is an in-demand right-back capable of making attacking runs like a very few players can. The 24-year-old Morocco international has impressed more than most, with a whole list of suitors in line to grab him for the 2022/23 season.

According to statistics provided by the best betting sites, Barcelona and Juventus are touted to be the most active teams in the upcoming summer transfer window, given their precarious financial position of late, mainly due to pandemic related losses.

The aforementioned resource provides a great insight into a whole array of sports, let alone football. From horse racing and ice hockey to basketball and cricket, choices to place one’s hand are endless. It also allows players, whether old or new, to benefit from rewards and bonuses such as free bets, cash backs, loyalty points and accumulator schemes.

Free agents represent a market that can be easily accessed by most teams and the summer of 2022 will be remembered for a high-profile catalogue of 539 such players. Just like 2020/21, when Lionel Messi and Gianluigi Donnarumma stole the headlines by moving to the French capital, the upcoming season is also bound to witness equally-startling deals.