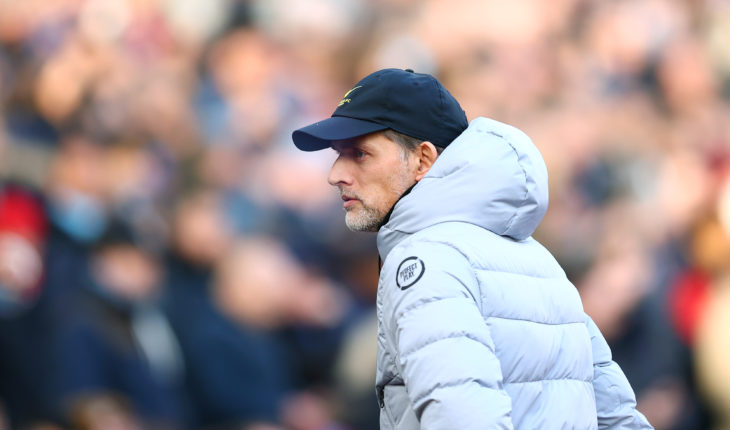 Chelsea will travel to the Etihad Stadium on Saturday to lock horns with champions Manchester City, fully aware that a defeat would effectively end their Premier League title challenge.

When the two teams met in September, Chelsea were at the top of the league with Pep Guardiola’s side playing catch-up. However, the tables have turned since and the Sky Blues currently have a 10-point lead at the summit.

Guardiola’s side are in red-hot form at the moment, winning 14 of their last 15 games in all competitions. Chelsea, in contrast, have drawn two of their last five.

In the reverse fixture in September, Gabriel Jesus’ strike was enough to earn City a 1-0 win at Stamford Bridge and Thomas Tuchel’s men will be gunning for revenge.

Tuchel has a defensive crisis on his hands heading into Saturday’s clash. Andreas Christensen will miss the trip to Manchester after testing positive for COVID-19. He joins Reece James, Ben Chilwell and Trevoh Chalobah on the sidelines.

Edouard Mendy is unavailable due to AFCON, but Thiago Silva and N’Golo Kante are nearing full fitness after recovering from COVID-19.

With Edouard Mendy away on international duty, Kepa Arrizabalaga will start in goal against Manchester City. The Spaniard has kept three successive clean sheets for the Blues and will be high on confidence. 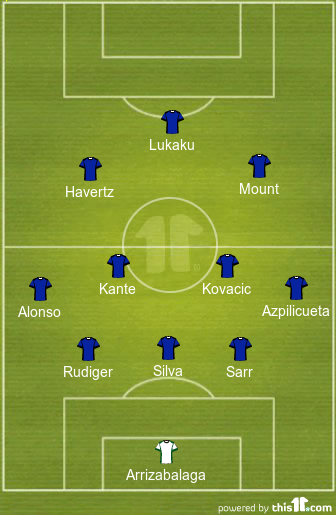 Tuchel does not have too many options to call upon in central defence. With Christensen out, Malang Sarr could be handed another start alongside Antonio Rudiger and Thiago Silva.

Sarr produced a composed performance in the 1-0 win against Tottenham Hotspur in the EFL Cup, but Manchester City’s attack will present a whole different challenge.

Marcos Alonso should return to the Chelsea lineup after being benched against Spurs. Cesar Azpilicueta will continue at right wing-back.

Mateo Kovacic has been in sensational form of late and Tuchel is unlikely to keep him away from the Chelsea lineup. The Croatian will likely partner N’Golo Kante in the centre of the park.

Romelu Lukaku will lead the line for the Blues, who will rely on the Belgian’s pace and physicality to penetrate a sturdy City defence. Lukaku has netted three goals in his last five games in all competitions.

That leaves as many as six players — Timo Werner, Hakim Ziyech, Mason Mount, Kai Havertz, Christian Pulisic, and Callum Hudson-Odoi — competing for the final two spots in attack. Havertz could get the nod to start alongside Mount in the Chelsea lineup. 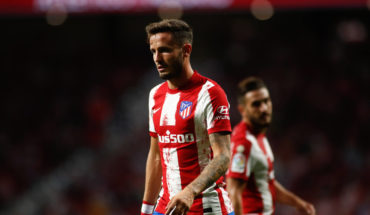 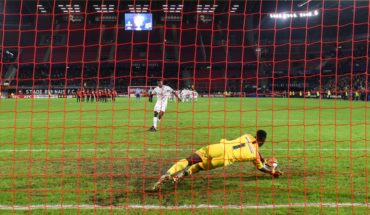