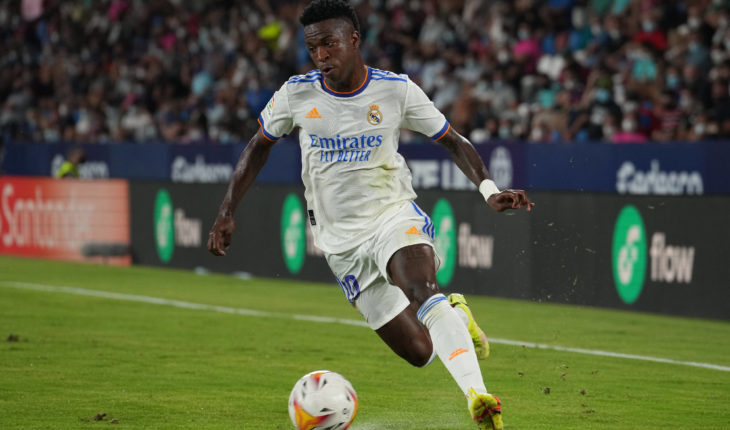 Real Madrid travel to Seville on Saturday to face Real Betis, and Carlo Ancelotti’s men will be hoping to get back to winning ways. The Spanish giants could only draw against Levante last week in La Liga, in what was a high-scoring 3-3 finish.

The last time these two sides met, the match ended in a 0-0 draw in April. Betis have drawn both their opening games, first against Mallorca and then Cadiz.

Madrid, meanwhile, won their first game of the season against Alaves 4-1.

Let’s take a look at the possible Real Madrid lineup that Carlo Ancelotti could put out.

Ancelotti has several injury worries ahead of the clash against Betis. Midfielders Toni Kroos and Dani Ceballos will miss the game, while experienced midfielder Luka Modric is a major doubt after suffering an adductor injury. French left-back Ferland Mendy will also miss the game through injury.

A recent report has indicated that centre-back Nacho, who injured himself in the game against Levante could also miss Saturday’s game. Club captain Marcelo returned to training this week, but the game against Real Betis will come too soon for the Brazilian international.

Thibaut Courtois should start between the sticks for Real Madrid against Real Betis.

Eder Militao will surely start at the back for Madrid against Betis, but who will start alongside him is a mystery. The injuries to Nacho, Marcelo, and Mendy has put a big question mark on the Madrid defence. Ancelotti could bring in Jesus Vallejo into the Real Madrid lineup to play alongside Militao, or move David Alaba to the middle and play 20-year-old Miguel Gutiérrez at left-back.

That would be a risky move, though, which is why Ancelotti could give Vallejo the nod at the back. The Madrid manager has to also choose between Lucas Vazquez and Dani Carvajal at right-back. Vazquez started the game last weekend, but did not finish it as Carvajal replaced him. Carvajal could get his first start of the season against Real Betis this weekend.

Ancelotti could stick with the midfield that started against Levante, primarily because he doesn’t have many options to call upon.

Casemiro should start at the base of midfield with Isco on the left side and Federico Valverde on the right in the Real Madrid lineup.

In attack, Karim Benzema should lead the line for the Spanish giants, while Gareth Bale could keep his place following a solid game against Levante.

Vinicius has been exceptional in the first two league games, both times starting off the bench and scoring. He scored twice last weekend after being brought on in the 60th minute. It will be interesting to see if Ancelotti gives the 21-year-old a start ahead of Eden Hazard on the left in the Real Madrid lineup. 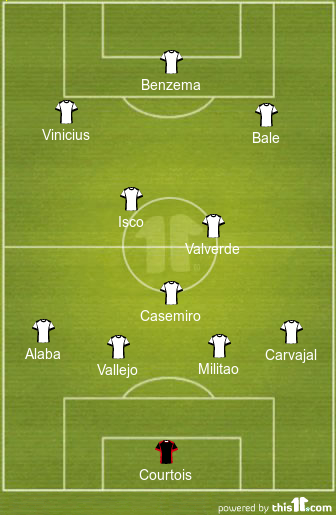