Home
LEAGUES
English Premier League
Newcastle
Newcastle United eye a transfer for La Masia graduate: What will he add to the team? 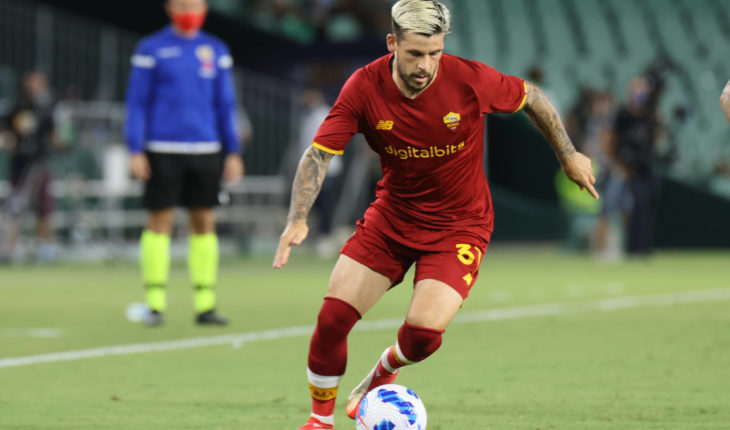 Newcastle United are reportedly stepping up their pursuit of AS Roma winger Carles Perez.

According to Calciomercato, the Magpies have tracked Perez for more than a year and are in talks to sign the talented Spaniard on a season-long loan with an option to buy.

Perez, a product of Barcelona’s famed La Masia academy, showed plenty of promise early on in his Barcelona career but was unable to truly break into the first team. He made just 13 appearances for the Catalan giants in all competitions and joined Roma in 2020 on an initial loan deal with an obligation to buy.

He has proven to be a reliable performer for AS Roma, making 48 appearances for the club in all competitions and scoring five goals. But with new manager Jose Mourinho looking to clear out the squad in order to bring in some of his own targets, Perez is likely to be shown the exit.

The 23-year-old Spaniard has three years left on his current contract with AS Roma.

Carles Perez – What will he add to Newcastle United?

Perez is a versatile winger who can play on either flank or through the middle as a No. 10.  His arrival will give Newcastle manager Steve Bruce plenty of options in attack.

The Spaniard is not the speediest of wingers, but his quick feet, close control and dribbling ability help him glide past defenders with ease. At 5′ 8″, he has a low centre of gravity and can change direction at will.

Since he is left-footed, he likes to cut in and take shots on goal rather than deliver crosses for his strikers to attack. He also has great vision and passing and can pick out his teammates with pinpoint through balls. Last season, he averaged 0.8 dribbles, 0.7 key passes and 1.1 shots per game in Serie A. He also completed over 82% of his attempted passes.

Newcastle United do not have an impactful right-winger in the squad. Allan Saint-Maximin and Ryan Fraser are both primarily deployed on the left flank. Perez’s arrival addresses that problem.

Alternatively, he could be used as a No. 10. Bruce currently has only Miguel Almiron at his disposal in that position and Perez could provide strong competition to the Paraguayan and possibly even dislodge him from the starting lineup in the future.

His defensive contributions leave a lot to be desired though and that’s an aspect of his game he will have to improve if he is to thrive under Steve Bruce.

Considering he is only 23, Perez’s best years are in front of him and he could prove to be a valuable long-term addition to the club.