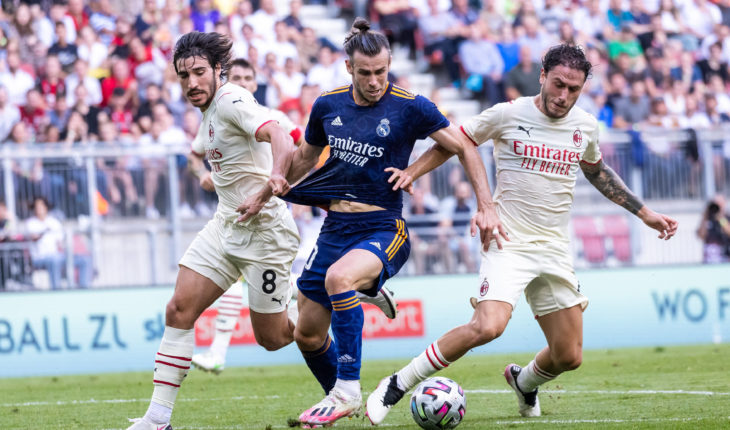 Real Madrid face a trip to Levante for a La Liga game on Sunday hoping to continue their blistering start to the new season.

Carlo Ancelotti, the new Real Madrid boss, couldn’t have asked for a better start to the new La Liga campaign as his side thrashed Deportivo Alaves 1-4 away from home last weekend. Goals from Nacho and Vinicius Junior, plus a fine brace from Karim Benzema earned Los Blancos all three points at Mendizorrotza Stadium.

The opening day victory currently sees Real at the top of the table and they’ll be aiming to retain their position with another impressive showing at Levante.

Dani Carvajal has provided Carlo Ancelotti with a massive injury boost ahead of the Levante game by rejoining his teammates in training at Valdebebas. The Spanish defender, who has struggled with injuries over the last two seasons, could be a part of the Real Madrid travelling squad at the weekend.

Thibaut Courtois conceded a penalty at Alaves that took away his clean sheet. However, he’ll be in a buoyant mood to register his first shutout of the campaign on Sunday.

With Los Blancos struggling with injuries at the back, Ancelotti will have limited options once again for the second game running. A back four of Lucas Vazquez, Eder Militao, Nacho and David Alaba—that started in the 4-1 win over Alaves—is likely to be in front of Courtois at Levante in the Real Madrid lineup. 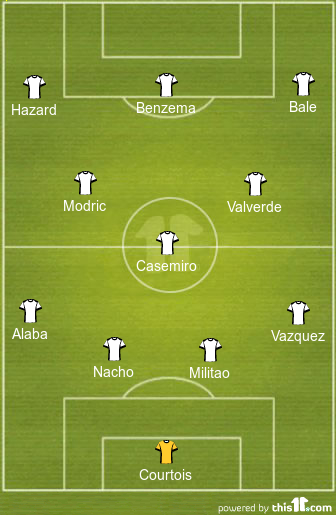 Real’s midfield trio of Casemiro, Toni Kroos and Luka Modric has been one of the best in Europe over the last few years. However, with Kroos missing the season opener with injury and unlikely to feature on Sunday as well, Casemiro and Modric will have the industrious and energetic Federico Valverde alongside them in midfield again in the Real Madrid lineup.

Casemiro, a master of dark arts, will look to keep things simple in the engine room and provide Modric and Valverde with the license to play their natural game. Isco is always an option in midfield, but expect him to be on the bench for the second game running.

It was refreshing to watch the front three of Eden Hazard, Karim Benzema and Gareth Bale combine so fluidly at times and cause problems to Alaves’ defence last time out. And when they turned up the ante, Real scored four times in the second half.

Hazard and Bale delivered promising displays, while Benzema was at his lethal best in the first game of the season. They are set to retain their spots up front in the Real Madrid lineup against Paco Lopez’s Levante. 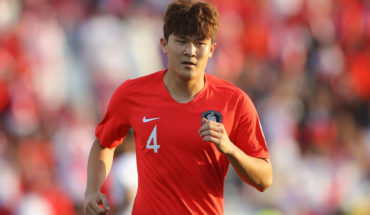 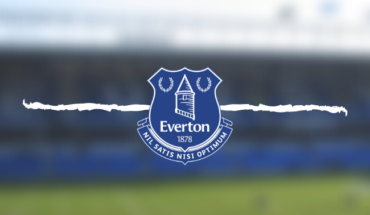