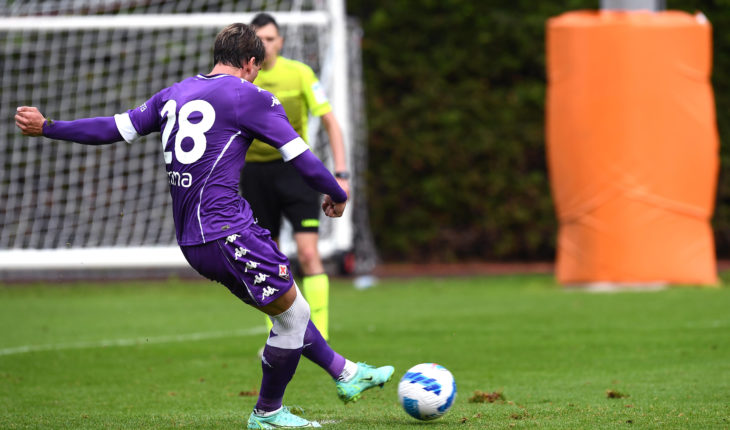 Tottenham Hotspur could make a move for Fiorentina forward Dusan Vlahovic in the current transfer window. The 21-year-old striker had a fantastic 2020-21 season with the Italian club, where he scored 21 goals in 37 league appearances – his best season yet.

As per The Telegraph, new Spurs manager Nuno Espirito Santo wants to play with two strikers in the upcoming season, with Vlahovic earmarked to start alongside Harry Kane. The report claims that the Serbian international would cost as much as £50 million. The report further claims that Spurs were also interested in Southampton forward Danny Ings.

Dusan Vlahovic joined Fiorentina from Partizan Belgrade in 2017 and made his debut a year later. He has featured in 7 matches for Serbia, scoring twice. The 21-year-old’s current deal with the Italian side expires in 2023.

Dusan Vlahovic: Is he worth the fuss?

Dusan Vlahovic has grown in stature since making his professional debut for Partizan in 2016 when he became the youngest player and goalscorer in the history of the Serbian club. After scoring 8 times in the 2019-20 season, Vlahovic showed his true potential last season, ending the season with the fourth-most goals in the Serie A season, behind Cristiano Ronaldo, Romelu Lukaku, and Luis Muriel.

Vlahovic is a towering forward, standing at 6’3″, and is strong with the ball at his feet and brilliant in the air. He averaged 3.1 aerial wins per game last season in the Serie A and also averaged 2.3 shots on goal per game. The Serbian is not just the traditional target man who bullies defenders in the air and plays in and around the penalty box but also likes to carry the ball. He is quick for a player his size and can be a good option in counter-attacking situations also.

Dusan Vlahovic has good technical ability and is constantly improving his finishing. The Serbian has a strong left foot, capable of shooting with power and precision.  He could be a solid addition to Premier League sides and would thrive in the English game.

Spurs would be a good destination for the player, who could be an excellent “Plan B” for them or even play alongside Harry Kane. Vlahovic could link up well with the likes of Son Heung-min and new signing Bryan Gil, and his aerial ability and strength could allow Spurs to play a more direct game when needed. 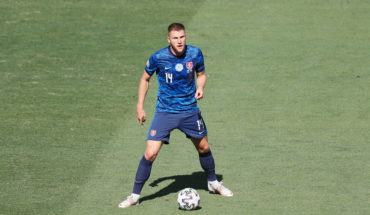