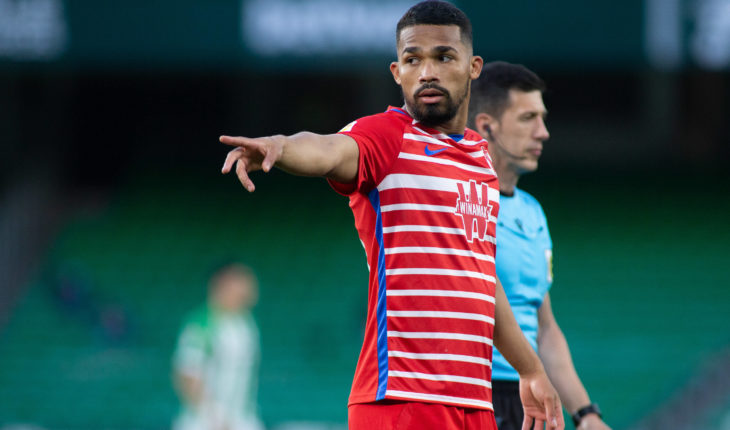 Leeds United have entered the race to sign Manchester City midfielder Yangel Herrera in the current transfer window. Herrera hasn’t played a single game for City since moving to the club in 2017, having been on loan stints at New York City, Huesca, and Granada.

As per The Sun, several Premier League sides are interested in Herrera, one of whom is Leeds United. West Ham United and Southampton are also interested in the 23-year-0ld midfielder who is expected to cost around £20m.

The Venezuelan international spent the last two seasons on loan at Spanish club Granada, racking up over 80 appearances for the club, scoring 10 goals and assisting 5 in the process. He currently has three years remaining on his deal at Manchester City. Herrera, who made his international debut in 2016, has played 21 times for his national team.

Yangel Herrera: What will he add to the team?

The report claims that City manager Pep Guardiola was interested in adding Yangel Herrera to the squad for the 2021-22 season. But with Fernandinho signing a new contract, Herrera will be sold to help generate funds for new, big-money signings.

Guardiola’s trust in adding Herrera to the City senior squad shows the quality that the Venezuelan possesses. The 23-year-old is an all-action midfielder who is capable of playing as a defensive midfielder or central midfielder. Herrera is strong defensively, averaging 1.8 tackles per game for Granada in the league last season. He is superb in the air, averaging a whopping 3.9 aerial wins per game in La Liga last season.

Yangel Herrera is an aggressive tackler, who likes to put in strong tackles to win the ball back for his team. He provides a good shield to the backline, while also being capable of getting in and around the box to contribute in attack. Herrera has chipped in with a few goals for his teams in the past, scoring 5 times in all competitions last season.

He could be a useful addition to the Leeds United side that lacks quality depth in the midfield area. Herrera could be an alternative to Kalvin Phillips or Mateusz Klich in defensive midfield or central midfield. He has the ability and quality to play the Marcelo Bielsa way thanks to his off-the-ball aggression. The addition of Herrera could also allow Bielsa to give Phillips a rest at times as Leeds didn’t have a like-for-like replacement for the Englishman last season.

He could also be a readymade replacement for Phillips if he leaves the club in the future. Herrera has what it takes to be a good signing for Leeds and strengthen the Whites’ squad further.