Home
LEAGUES
EFL Championship
Leeds United
Leeds United asked to pay £25million to sign Danish ace: How will he fit in at the club? 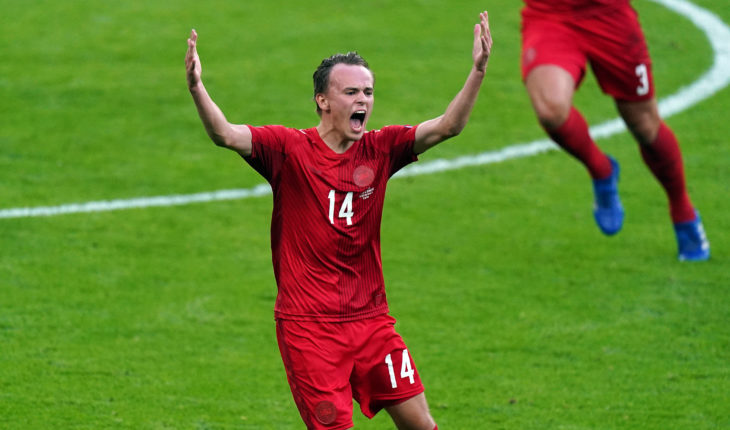 Leeds United are interested in signing highly-rated Danish attacker Mikkel Damsgaard this summer. The 21-year-old currently plays for the Italian side Sampdoria, having moved to the club from Nordsjaelland last summer.

As per Tuttosport (via Leeds Live), the Whites have enquired about the availability of Damsgaard and they have been told to pay £25 million to sign him.

There has been a lot of interest in Damsgaard, who was one of Denmark’s star players at Euro 2020. Damsgaard scored twice and made an assist for his national side at the tournament. He has scored four times and assisted four times in eight games for Denmark.

He still has three years remaining in his current contract at Sampdoria.

Mikkel Damsgaard was one of the best young talents at Euro 2020, showcasing great attacking intent and technical ability, including an exquisite free-kick against England.

The 21-year-old is a player who likes to take on defences with his dribbling ability and flair, while also being a team player that presses and defends from the top. He averaged 1.5 dribbles per game in Serie A last season, while also contributing defensively with an average of 1.2 tackles per game in the Italian league.

Damsgaard primarily plays as a left-sided winger who likes to cut in from wide areas with his strong right foot. But he has been deployed in numerous positions and roles in his short career. The Dane has played centrally as an attacking midfielder and central midfielder, as well as on the right side as a winger. His tremendous work rate and adaptability help him to fit in various roles for his team.

This is one reason why he would be a great fit at Leeds United. Manager Marcelo Bielsa likes to tinker and change formations, as well as use players in various roles and positions to fit in the formation. The Whites have been active in the transfer market, signing left-back Junior Firpo from Barcelona as a replacement for Ezgjan Alioski, while also signing winger Jack Harrison on a permanent deal.

Damsgaard could be used on the left or right, or even as part of the midfield three. The young Dane could be a like-for-like replacement for veteran attacker Pablo Hernandez, who left the club last season. Like Hernandez, Damsgaard, too, can play in different roles on the pitch. He could primarily be used as a left-sided winger as that is a position that currently has only one option in Harrison.

The signing of the Dane would give Bielsa several options in attack and a deep squad, which is required if the Whites want to compete for a European spot. Damsgaard is a young player brimming with talent and enthusiasm, and could develop into a brilliant player under the coaching of Bielsa at Leeds United.