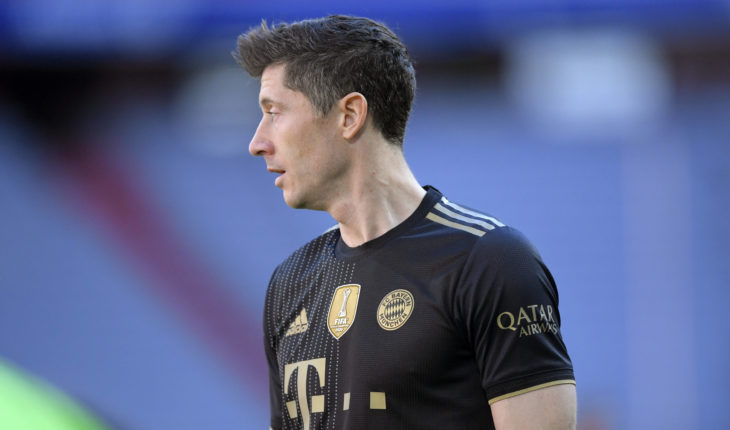 Chelsea could reportedly make a shock move for Bayern Munich star striker Robert Lewandowski in the summer. The Polish forward racked up a whopping 41 goals in the 2020-21 Bundesliga season, breaking the record for most goals in a season set by Gerd Muller.

As per Sky Germany, Chelsea have already made contact with Bayern Munich regarding a move for Lewandowski. The likes of Paris Saint-Germain and Barcelona are also rumoured to be interested in signing the 32-year-old.

As per the report, the Bayern Munich striker’s preference has always been to play in Spain, so Chelsea will have their work cut out if they want to sign him.

Lewandowski has achieved it all at Bayern Munich, winning seven Bundesliga titles, domestic cups, as well as the Champions League. The Polish forward still has two years remaining on his current deal at the German giants.

Chelsea could turn into title contenders if they sign Robert Lewandowski

Robert Lewandowski has been, by far, the best striker in Europe over the last few seasons, breaking numerous records and helping his side to glory domestically and in Europe. The veteran striker may want to seek a new challenge and experience a new league after spending a decade in the Bundesliga and could ask to leave the club in the summer.

Chelsea look ready to give up on there bid to sign Harry Kane or Erling Haaland in the transfer window this summer. It comes after contact was made over an alternative amid Thomas Tuchel’s request. Chelsea have made contact with Bayern Munich star Robert Lewandowski pic.twitter.com/PQcFs7x7nA

There won’t be any shortage of takers for the 32-year-old, who is in great shape physically and is playing the best football of his career. Chelsea’s interest in signing him comes as no surprise as the striker position has been their weak point this season.

Last summer’s signing Timo Werner hasn’t been able to replicate his form in Germany at Chelsea and the Blues hierarchy, ruthless as they have always been, may sideline him next season.

Chelsea manager Thomas Tuchel has made a huge impact at the club and made the London club a strong side despite their FA Cup final loss. The German manager has made the Blues defensively sound and has sorted out the midfield, which has been creative and tenacious.

Lewandowski would add more goals, and could also have a positive influence on the Blues’ young attackers like Mason Mount, Kai Havertz, and Christian Pulisic. Signing the Polish star could make Chelsea title contenders if not favourites, and judging by his performance levels, he still has at least two or three more years of top-flight football left in him.