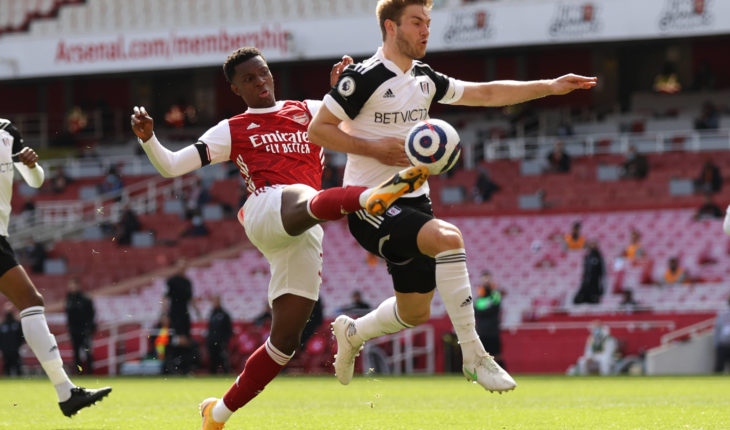 West Ham United are looking to sign Arsenal striker, Eddie Nketiah, in the upcoming summer transfer window, as reported by the Evening Standard.

The London club are having a stunning season under David Moyes. They are currently placed 5th, level on points with 4th placed Chelsea. They are above the likes of Liverpool, Tottenham Hotspur, Everton, and Arsenal.  And given the run-in for the rest of the season, Moyes will be optimistic of successfully fighting it out with Chelsea for the last Champions League spot.

The Hammers sold Sebastien Haller to Ajax this January and have struggled to field a striker consistently in the games since then. Michail Antonio has scored when he has been fit but his injury-prone nature means David Moyes cannot pin his hopes for next season just on him. Jarrod Bowen has been decent but the team has mostly depended on Jesse Lingard’s goals from midfield.

And it is natural given the potential increase in the number of games next season, the manager is looking for a striker who can quickly adapt to the team’s style of play.

The 21-year old striker is one of the brightest prospects in the Premier League. But due to high competition at the Emirates, Nketiah has found it tough to get an ample amount of game-time. In a recent interview, he admitted his frustration of not playing regularly.

He said, “I believe in my ability so obviously I think I am capable of playing and helping the team, so it is frustrating not playing but you have to channel that frustration in a good way, use your time wisely to work hard and prepare for when that opportunity arises.”

There are no doubts regarding Eddie Nketiah’s talent. He is England’s all-time top scorer at the U21 level. In seven appearances in Europa League this season, he has found the back of the net three times. The young lad has seen just 321 minutes of Premier League action this season but has a goal and an assist to his name already. His only league goal came against the Hammers a few months back.

The Gunners have extended the 19-year old striker, Folarin Balogun’s contract. The official announcement of this extension is still pending but this news will be music to West Ham’s ears. Eddie Nketiah’s contract is set to expire in the summer of 2022 but Arsenal are yet to offer him a new deal. Also with Folarin Balogun asked to stay, the chances are higher that Mikel Arteta may allow Nketiah to leave.

Eddie Nketiah is a hardworking striker with a great understanding of the game. But are there better options available in the market?

Sevilla’s Youssef En-Nesyri is one of those players who has been linked with a move to the Premier League. He has scored 15 goals for the Spanish club this season. West Ham have to trade-off between the experience of playing in England against the proven record of scoring goals. Adapting to the Premier League is not everyone’s cup of tea and sticking with Arsenal’s Nketiah as their primary striker target might be a better option for Hammers going into the summer transfer window. 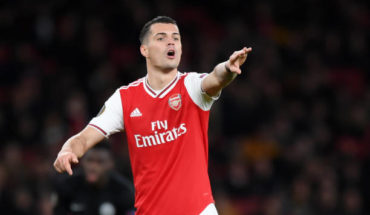