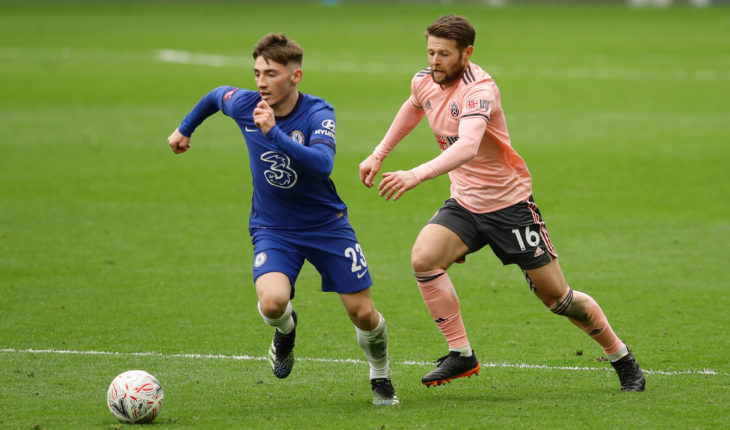 Chelsea are coming on the back of a morale-boosting 1-0 win over Manchester City to secure their spot in a second successive FA Cup final. They have amassed 54 points in the league, a point behind fourth-placed West Ham who have played a game more than the Blues.

On the other side of the table, Brighton & Hove Albion are standing in the 16th spot with 33 points in 31 games. They are 6 points ahead of the relegation zone but with two games in hand, the Seagulls will be quietly confident of avoiding a last-minute relegation dogfight.

Mateo Kovacic will miss the clash while Thiago Silva is also unlikely to be risked after two consecutive starts despite being injury-free. Andreas Christensen is a slight doubt heading into the game.

Other than this, Thomas Tuchel has a full squad to choose from. The Chelsea manager might ring in some changes to the Chelsea lineup after two intense games last week (against Porto and Manchester City).

Edouard Mendy will come back between the sticks after being rested for the FA Cup clash at the weekend. He has 14 clean sheets to his name in the Premier League this season and is only behind Ederson (17).

Cesar Azpilicueta and Antonio Rudiger are expected to continue in defence. Thiago Silva will make way with one of Andreas Christensen and Kurt Zouma expected to take his place in the 3-man defence.

Tuchel would ideally want to rest N’Golo Kante after three consecutive starts but with Kovacic’s injury, he might be forced to play the Frenchman in the midfield. But we are sticking our neck out and predicting a rare league start for the talented Billy Gilmour in the Chelsea lineup. He could partner Jorginho in central midfield.

The Chelsea manager might deploy Callum Hudson-Odoi as the right-wing back to give more attacking impetus to the team. Marcos Alonso is expected to replace Ben Chilwell in the left wing-back spot.

Hakim Ziyech will be brimming with confidence after scoring the winner against Man City. He should be starting in the Chelsea lineup alongside the in-form Christian Pulisic. Mason Mount has been excellent but after four consecutive starts could be handed a breather.

Kai Havertz might lead the line for the Blues after starting in the last three of the four Premier League games. He has performed better since the German manager has used him as a number nine. 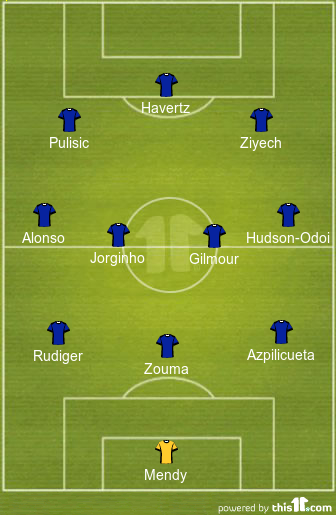 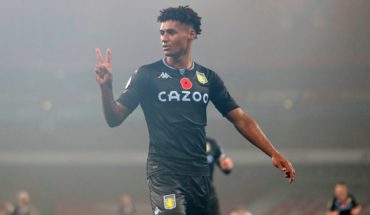