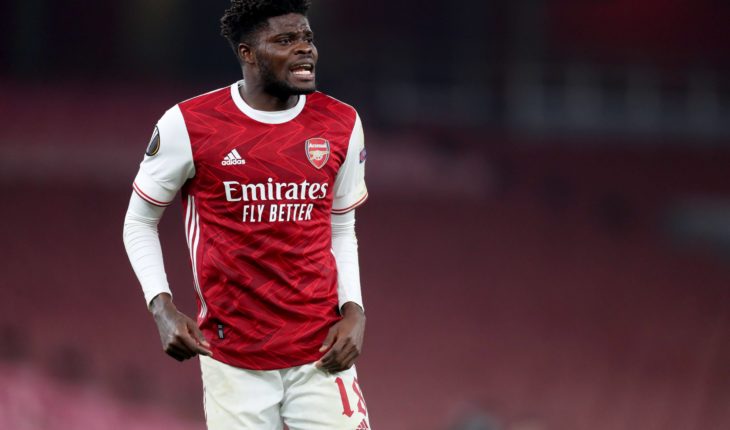 Arsenal return to Premier League action tonight as they host Liverpool at the Emirates Stadium following a two-week layoff due to the international break.

The Gunners are in the ninth position and the struggling Liverpool in seventh and both sides will be desperate for a win going into the game.

Arteta’s men salvaged a draw against West Ham United in their last outing after going behind by 3 goals but cannot afford such a slow start against Liverpool.

Emile Smith Rowe and Bukayo Saka will be assessed ahead of the game and even though the latter was pictured in training, there are question marks over whether he will be risked.

Martin Odegaard was substituted in the international friendly against Gibraltar with fears of incurring an injury. However, he will be available for selection against Liverpool.

David Luiz will miss out due to a knee complaint while Granit Xhaka is a doubt due to illness.

Bernd Leno will start in goal. Clean sheets have been hard to come by for the Gunners and the defence will once again face an uphill task against Liverpool.

Hector Bellerin, Cedric Soares and Calum Chambers will all be hoping for a start. But the extra yard of pace Cedric offers might see him edge ahead of the other two. He could start at right-back in the Arsenal lineup while Kieran Tierney is the undisputed left-back in the team.

There will be changes in central defence. Rob Holding seems nailed on for a start in Luiz’s absence while Pablo Mari could get the nod beside him.

Mohamed Elneny has put in some decent displays in crucial games this season, and he’s had a great international outing.

So, Arteta is likely to pair Elneny with Thomas Partey in midfield with Xhaka unlikely to be pushed to start if not fully fit.

This dynamic pairing fared well against Manchester United and will back themselves to stifle an underperforming Liverpool midfield.

Martin Odegaard was imperious against West Ham and should start in the Arsenal lineup if Arteta picks his best eleven against the Reds. The Norwegian will play in the hole behind the striker.

With two goals in his last two games, Alexandre Lacazette will continue to lead the line in attack.

Pierre-Emerick Aubameyang will hope the break in club football helps in rediscovering his goalscoring form. The Gabon international should start on the left in the Arsenal lineup.

Nicolas Pepe looks likely to feature on the opposite flank, especially if Saka is not risked ahead of their Europa League tie in midweek. 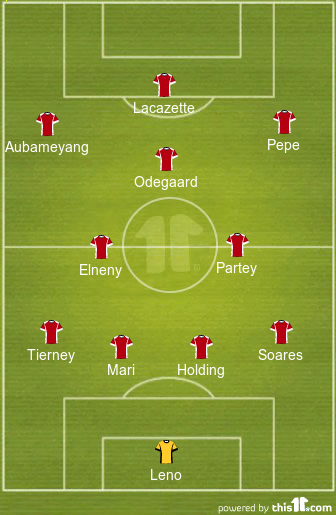 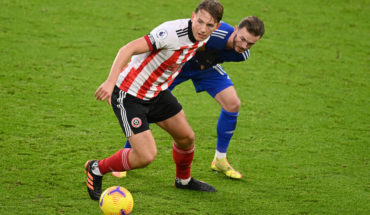