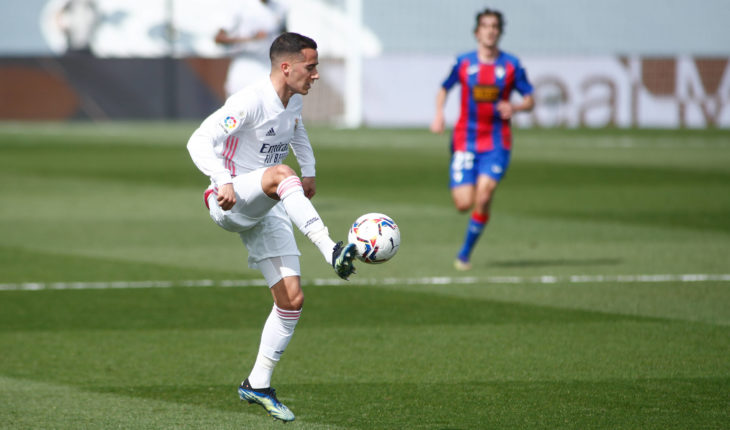 According to various reports, Lucas Vazquez is set to leave Real Madrid in the summer. The reports also mention that Manchester United are one of the clubs that will look to sign this versatile player. Lucas Vazquez has been a great servant to Real Madrid by playing in various positions throughout his career with the Spanish giants. He has been with Los Blancos since 2007. In 2014, he left Real Madrid on a loan deal to Espanyol but returned next year.

Dani Carvajal has missed a major chunk of the season due to injuries. In his absence, Vazquez has stepped up to play as a right-back. In fact, his 15 appearances out of the total 29 this season have come as a right-back. Real Madrid reportedly offered the 29-year old a new contract but it was rejected by the player. Lucas is aware that at this age, it might possibly be the last opportunity to bag a big contract. He is looking for higher pay as well as a four-year contract. If Real Madrid fail to provide this, he will explore new possibilities.

Lucas Vazquez might not be the best option for Manchester United

It’s no secret that Manchester United are in the market for a new right-winger. They are also searching for a robust cover for Aaron Wan-Bissaka. But is Lucas Vazquez the player they should go after? We are not too sure.

Vazquez will bring the versatility but what Manchester United need upfront is more creativity and quality. Last summer, they failed in their pursuit to bring Sancho to Old Trafford. They should go for players of similar quality to that of Sancho if they aim to challenge for the league title. Borussia Dortmund have faced huge negative financial implications due to Covid-19. If Manchester United can increase their bid slightly, they might indeed land Sancho in the coming transfer window.

Ole Gunnar Solskjaer could even look at Leeds United’s winger, Raphinha. The 24-year old winger has phenomenal trickery in his arsenal. Even though he is not as established as the other big names, he certainly has the quality to play for a top club like Manchester United.

But with Dortmund open to listening to offers for Jadon Sancho, we feel this would be the ideal time for United to renew their interest in the Englishman.

Lucas Vazquez has played in Spain all his life. It will be very tough for him to move to England and hit the ground running. He will create chances and contribute defensively as well, but is he the player who can provide 10 assists in a season and score goals from the right flank consistently? Ole Gunnar Solskjaer has better options he can look at in the market, both for a right-winger and a second-choice right-back.