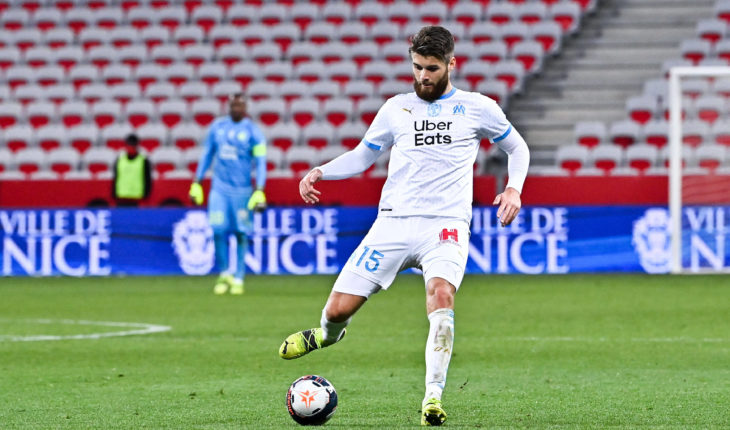 Liverpool could return to sign Marseille centre-back Duje Caleta-Car in the summer. Caleta-Car has been a key part of the French side since joining them in 2018 from Red Bull Salzburg.

According to RMC Sport, Marseille could sell the Croatian defender if they get a good offer for him. Caleta-Car is reportedly keen on joining the defending Premier League champions and stated earlier this year that he was honoured by Liverpool’s interest in him last summer.

Caleta-Car has two years remaining on his current deal with Marseille, having signed a five-year deal when he joined them in 2018.

The defender was close to joining the Reds in January this year before Marseille pulled the plug as they felt it was too late on the transfer window to sign a replacement.

Why Liverpool step up their interest in Duje Caleta-Car

Liverpool have struggled with injuries as they have played the majority of the season without the trio of Virgil van Dijk, Joel Matip, and Joe Gomez. The Reds signed Ozan Kabak on loan from Schalke in the January transfer window, but the Turkish international isn’t an experienced player which showed in the Champions League.

It’s quite clear that Liverpool need a new centre-back to partner Virgil van Dijk at the back, while also add strength to their squad. The Reds’ interest in Duje Caleta-Car makes sense as the Croatian is a talented young defender, who could become a solid player for Liverpool.

The 24-year-old is a commanding defender who stands at 6’4″ and is superb in the air, averaging 2.4 aerial wins per game in the French league. Caleta-Car is quick for a player of his size and can make up ground to stop attackers in the defensive third. The Croatian is also a good passer, who can control the tempo of the game with his short and long passing.

Caleta-Car has averaged 3.4 long balls per game for Marseille this season, while he is also a neat and tidy short passer. Liverpool should step up their interest in the Marseille defender as he is a promising talent who could work well alongside van Dijk at the back.

His aggression, speed, aerial ability and good passing would make him a good addition to the Liverpool squad in the summer.