Home
LEAGUES
English Premier League
Arsenal
Arsenal re-ignite interest in Ivorian dazzler: Can he be the ‘crack’ player for the Gunners? 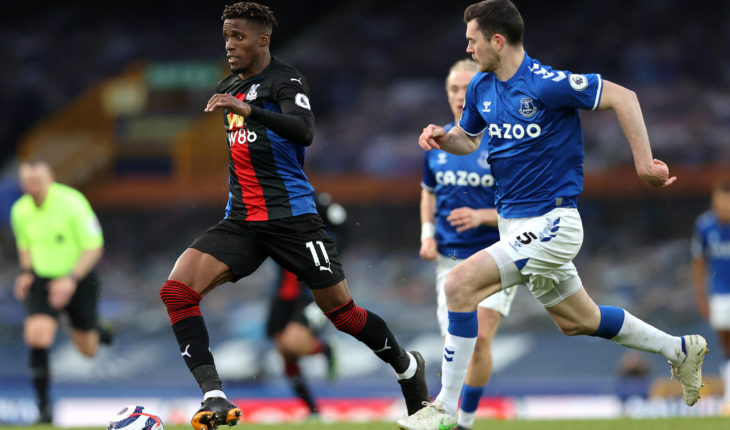 Arsenal have been long-term admirers of Wilfried Zaha. They tried to sign him in the summer of 2019 but didn’t meet Crystal Palace‘s valuation of the player. The Gunners had reportedly submitted a £40 million offer for the player then, which was instantly rejected by the Eagles. According to Dailymail, Arsenal have reignited their interest in the 28-year old forward and can potentially get the deal done this summer.

Crystal Palace are also looking at a squad overhaul and they might cash in on Wilfried Zaha this time. After a disappointing 2019/20 campaign, it was important for Zaha to come back stronger this season and this is exactly what he has done. In 22 Premier League appearances this term, he has scored nine goals and registered two assists. He is averaging more than two shots per game for a team that has seemingly gone through the motions this season.

Wilfried Zaha is a majestic dribbler who does not let go of the ball easily without being fouled. He has the ability to open up defences with his skills and trickery. Having said that, his defensive work rate is not great. Mikel Arteta prefers those players who can give their all on the pitch. He wants full commitment and work rate from all his players. Zaha is a great attacking talent but can be caught out of position defensively.

He can play as a left-winger but all of his goals this season have come when he started the game as a forward. This can hinder the team balance because Arteta already has Aubameyang, Lacazette and Nketiah in that position. The 19-year old Martinelli can also play as a striker but Arteta has used him as a left-winger abundantly.

Is Wilfried Zaha the player whose addition will make Arsenal a top-four side?

Doesn’t seem likely from where the team stands right now, but his arrival will certainly boost Arteta’s attacking options. Roy Hodgson led Crystal Palace won’t sell their talisman very easily. They know that if at all Zaha is allowed to leave, they have to get a replacement from the market who can take the team forward.

And given the Covid-19 related financial implications, every club has had to face, Arsenal too will have to sell players for a substantial fee if they are to afford Wilfried Zaha. Someone like Alexandre Lacazette comes to mind, who has 12 months left on his contract. If the player refuses to sign an extension, the logical thing for Arsenal will be to sell him while they can get some value for the French striker.

If the Gunners can get their finances right with regards to this deal, signing Zaha is something they can seriously look at, even if it means Arteta having to move a few pieces around in his setup. Former Manchester City manager Manuel Pellegrini spoke of the advantages of having a ‘crack player’ in his team. Broadly speaking, he meant someone who can single-handedly make an impact on the proceedings at any given point in the match.

Wilfried Zaha might not be the most consistent of players but he certainly can be that ‘crack player’ for this Gunners side which has looked bereft of any spark this season.