Home
LEAGUES
English Premier League
Wolverhampton Wanderers
Wolves Eye A Swoop For Bundesliga Midfield Ace: What Will He Add To The Team? 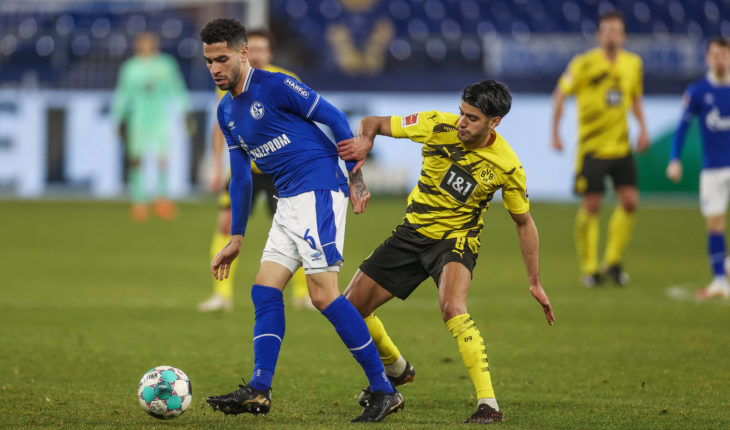 Wolves have set their sights on a cut-price summer transfer for Schalke midfielder Omar Mascarell, as per reports.

The 28-year-old will be available for just over £4 million due to Schalke’s financial difficulties and the likelihood of relegation, according to CaughtOffside.

In the coming months, Wolves will make an offer for Mascarell. Despite playing in an average squad, his individual quality has impressed the Wolves staff.

Schalke have been in poor form and are almost certain of relegation this year. It is highly unlikely that Mascarell will remain at the club upon relegation. So, it is expected that when the summer transfer window opens, Schalke will be forced to sell the player.

What will Omar Mascarell offer Wolves?

Mascarell has been called a “complete” midfielder who is predominantly defensive-minded. He has the capability to break up attacks, and can start play from his own half with his distribution and range of passing.

Ruben Neves and Joao Moutinho currently play as central midfielders for Wolves. Moutinho is perhaps at the twilight of his career as he is already 34. So, adding Mascarell, who has the experience and is at the peak of his career, will straight away add more quality to the squad.

Wolves have got a good starting XI, however, the depth is lacking. Both Moutinho and Neves are more of central midfielders, and Mascarell’s defensive nous will come in handy.

Mascarell can be the ideal player who can play the role of a holding midfielder. He can provide good protection to the back four. His strengths are his positioning, passing, and aerial duels, so he would be a steal for the fee mentioned.

The Spaniard has played in a struggling team, so his overall performances have been affected. But in a better team like Wolves, he can show his potential and ability. The Spaniard is also pretty direct with his passing, and that will help Wolves during the transitions, something they tend to rely upon under Nuno.

Since joining Schalke from Real Madrid, Mascarell has made 66 appearances for the Royal Blues. His best spell perhaps came for Eintracht Frankfurt, where he won the DFB Pokal by beating Bayern Munich in the final.

With the right players at Wolves, he could be a good option to have in the squad.