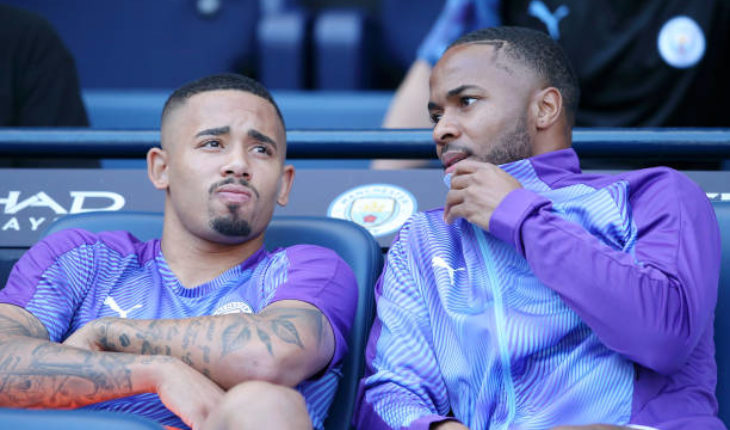 Manchester City wrapped up an exceptional Champions League group stage with a 3-0 win over Marseille. Another clean sheet meant the Sky Blues ended up conceding just once across the 6 matches, the joint-fewest by any side in a single group stage in the competition.

But Pep Guardiola will quickly shift his focus to the crucial Manchester derby on the weekend. The two teams are separated by a point in the table with the Red Devils boasting better form and league position right now. Manchester United have won 4 out of their last 5 Premier League assignments while City have hit a semblance of form with two back to back wins against lowly Burnley and Fulham.

Ole Gunnar Solskjaer has won 3 out of the last 4 meetings with Pep Guardiola. And his tendency to spring a shock result under pressure means City cannot expect to have things easy despite United’s midweek Champions League debacle.

Sergio Aguero returned to action against Marseille but will not be starting against Manchester United.

Ilkay Gundogan came off as a precaution due to a knock and will be assessed leading up to the massive derby.

Eric Garcia also came off injured in the first half and is unlikely to make the squad for the weekend.

Ederson will return in goal replacing Zack Steffen, who made his first European appearance for Manchester City.

The Brazilian has been decent in recent weeks after a topsy-turvy start to the season and will look to add to his tally of 4 cleans sheets in the league.

It will be a toss-up between Joao Cancelo and Kyle Walker for the right-back slot. Pep has tended to use the Englishman to shore up his defence and might choose to go that way with City facing Marcus Rashford on the right-wing.

But Cancelo’s form has been superb this season and it will not be a surprise if he is picked in the Man City lineup.

John Stones has dragged himself up the pecking order and seems to be a firm part of the first-choice centre-back pairing alongside Ruben Dias. The duo will look to carry on their solid form.

Benjamin Mendy should start at left-back in the Manchester City lineup.

I expect Ilkay Gundogan to be passed fit for the fixture.

If that is the case, he is likely to slot in alongside Rodri in the double pivot. The duo will have their task cut out against a dynamic Manchester United midfield.

Kevin de Bruyne will play in the No. 10 role if Gundogan is passed fit. If the German fails to make the starting Man City lineup, the Belgian will play in a midfield 3.

Raheem Sterling has not scored in 20 career appearances against Manchester United. He will be desperate to break the duck and is likely to start on the left-wing in the Man City lineup. Ferran Torres is an alternative.

Riyad Mahrez has been City’s best player in the last couple of weeks and should retain his place on the right.

Sergio Aguero is back from injury but is unlikely to oust Gabriel Jesus from the striker’s position. 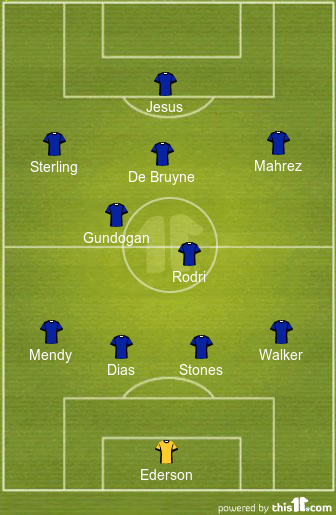