Real Madrid steamrolled Huesca 4-1 in La Liga on Saturday, and will face off against Inter Milan on Tuesday night in a crucial Champions League Group B tie.

The Spanish champions have not a won a game in Europe this season, losing the first one, and narrowly securing a point last time around against Borussia Monchengladbach. Real Madrid are bottom of their group and will need to get a win against Inter on Tuesday to finally kickstart their European campaign.

Defenders Nacho, Dani Carvajal, and Alvaro Odriozola are all set to miss the Champions League game through injury.

Midfielder Martin Odegaard is also not available, while Eder Militao will miss the game after testing positive for COVID-19.

Let’s take a look at the possible Real Madrid lineup for the game against Inter Milan.

Thibaut Courtois will start in between the sticks for Real Madrid on Tuesday night, and he could be called into action considering Inter’s attackers have been in good form.

Sergio Ramos and Raphael Varane will start at the back for Real Madrid, and they are the only two first-team centre-backs available for manager Zinedine Zidane.

Marcelo started against Huesca, which means that Ferland Mendy was possibly rested by Zidane for the Champions League fixture. Mendy should start at left-back in the Real Madrid lineup, while Lucas Vazquez should continue at right-back due to injuries to Carvajal, Nacho and Odriozola.

Casemiro should play in the base of midfield for Real Madrid against Inter. Isco is an option for Zidane in midfield, perhaps off the bench if he wants to add more creativity, depending on how the game goes.

Eden Hazard scored a goal in his very first start for Real Madrid this season against Huesca. He played 60 minutes of the game and should start once again in this crucial Champions League game.

Marco Asensio started on the right the last two games, but he could be replaced by Rodrygo in the Real Madrid lineup for the clash against Inter. Karim Benzema should start up top for Real Madrid once again. 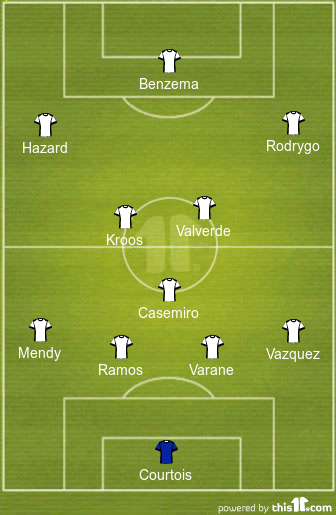 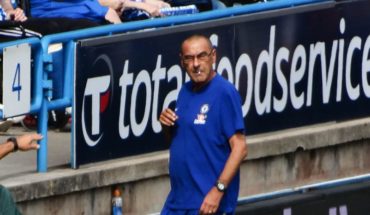