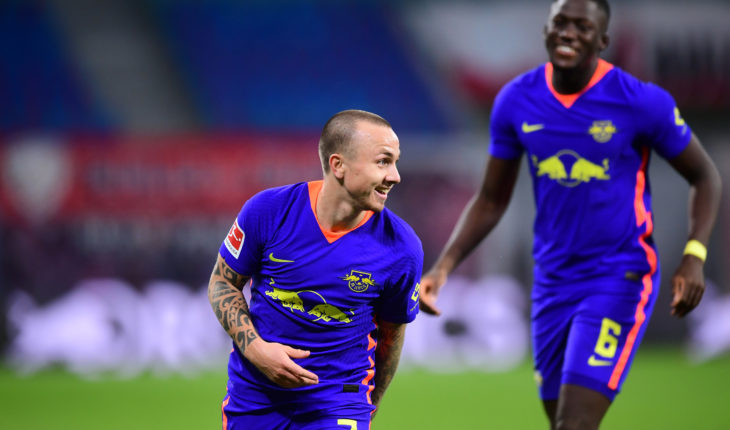 Barcelona are reportedly keen on signing Manchester City left-back Angelino who is currently on loan at German Bundesliga side RB Leipzig.

The Spanish full-back first joined Manchester City in 2013 and after a couple of loan spells to various clubs, he was sold to PSV Eindhoven. But just after a year at the Dutch club, City bought back Angelino and he’s been on loan at Leipzig for the last two seasons.

As per Sport Bild, Barcelona could sign the Spaniard for a fee of around €30 million, although Leipzig could also buy him at the end of his loan spell. Angelino’s current deal with City expires in 2023.

Angelino has played 29 times for the German club over the last two seasons, mustering six goals and six assists in the process.

Angelino to Barcelona – A good option for the club?

Angelino was a highly-rated youngster who was picked up by Manchester City way back in 2012 and officially joined the club a year later. He has spent several seasons away from City and he only played half a season for City, which came in the 2019-20 season.

It’s quite clear that Pep Guardiola doesn’t see the Spaniard as a future first-team player, and he could be on the move. The 23-year-old is a player who likes to bomb forward at every opportunity and drives up and down the left flank constantly. 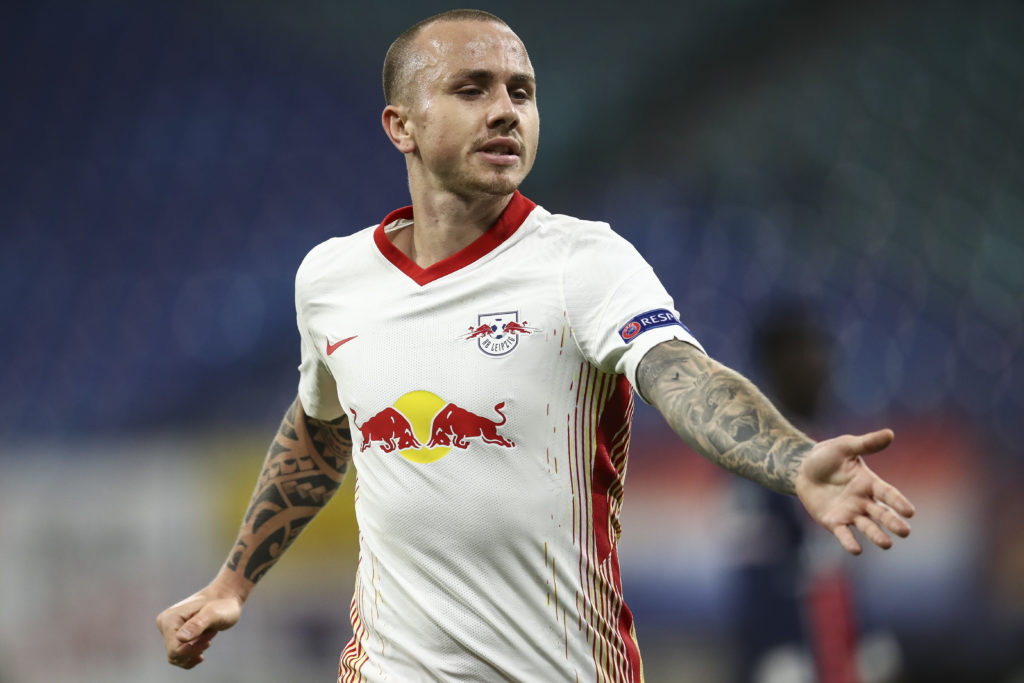 He averaged 1.5 dribbles per game last season in the Bundesliga, while playing an average of 1.5 key passes per game. The Spaniard is also good in set-piece situations and can whip in good crosses into the box.

Barcelona could benefit from a player like Angelino, who has the experience of playing in Europe, and in a top league like the Bundesliga. The Spaniard is decent defensively and is strong with his tackling, while also being quick to make crucial interceptions. He’s an all-round player who needs to only improve on his consistency.

The Catalans currently have Jordi Alba and Junior Firpo as the options at left-back. The former is by far the club’s first-choice left-back, while the latter has hardly got chances in the first-team this season.

If Firpo is to leave the club in the future, Angelino could be brought in as a replacement, as a player who can play second fiddle to Alba and eventually replace him in the starting XI.