Home
LEAGUES
English Premier League
Bournemouth
West Ham United Have Bid Turned Down For Norwegian Striker: Should Moyes Go Back For Him? 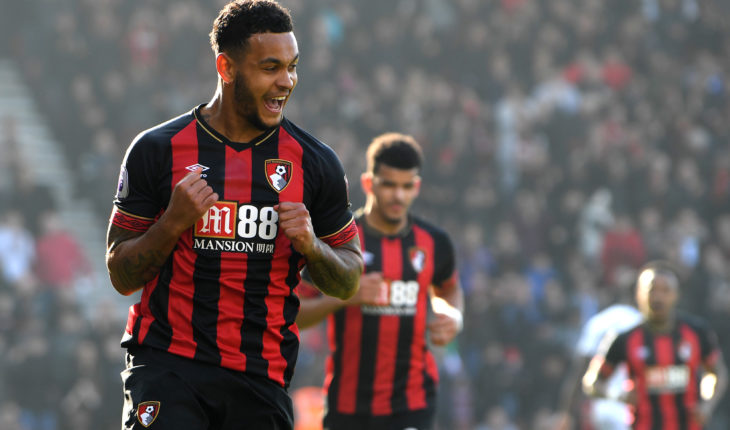 West Ham United’s bid to sign Bournemouth forward Josh King has been rejected by the Cherries. Bournemouth, who were relegated from the Premier League at the end of the 2019-20 season, have sold a number of their best players, including Nathan Ake, Callum Wilson and Aaron Ramsdale.

Josh King could be the next player to leave the Vitality Stadium, with West Ham United one club interested in signing him. The Hammers’ £13 million bid for King was rejected by Bournemouth, with the likes of Brighton and West Bromwich Albion also interested in the striker, as per Daily Mail. Bournemouth value the Norwegian international at around £17.5 million, as per the report.

The Cherries are in a tricky situation as King is in the last year of his contract and could start discussions of leaving on a free transfer next summer after the January transfer window opens.

Josh King has been a good servant for Bournemouth ever since he joined the club, scoring 50 goals and providing 17 assists in 171 games for the club. The former Manchester United youth academy product is a hard-working player, who can play in a few different positions, as well as score key goals.

King is a quick forward who can play on the shoulder of the last defender and make runs behind the defence, dribble at pace and link midfield and attack with his short passing. He is a player with vast Premier League experience and one that can add creativity and experience to sides outside the top 8.

West Ham United have turned things around in the last few matches, scoring at will and showing a different side to the one that started the season. The Hammers’ frontline has fired, but it’s quite clear that they lack depth up front. Josh King could compete with the likes of Sebastien Haller and Michail Antonio for a place in the forward line, and offer David Moyes more options, something the former Everton manager needs if he is to manage the club to a respectable finish this season.

A £15 million offer would be the right price for King, considering he is not a prolific scorer and has under a year remaining on his contract. Anything more than that price would not be good value for the London club who could avail the option of not pursuing the Norwegian in that case.