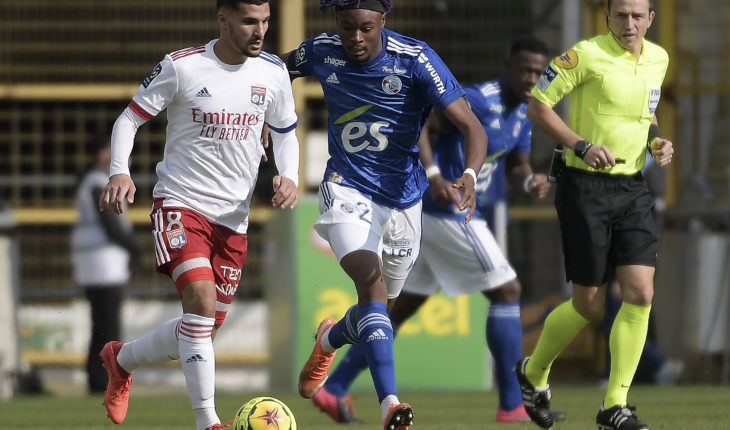 Burnley have joined the race to sign highly-rated French centre-back Mohamed Simakan in the next transfer window. The 20-year-old defender has come through the ranks at French side Strasbourg, before making his debut for the senior side last year. As per The Sun, the Clarets could make a bid of £15 million for the talented youngster.

Mohamed Simakan was chased by the likes of AC Milan and West Ham United in the recently-concluded summer transfer window. The Frenchman has made 32 appearances for the Strasbourg senior team since his debut in July 2019.

Simakan still has three years remaining on his current deal at the club.

Mohamed Simakan: What will he add to Burnley?

Simakan is one of many talented French players to come through the Ligue 1 in recent years, and he could go on to have a bright future. The Strasbourg defender is strong, quick and powerful, and has the awareness to spot danger and repel attacks with interceptions and tackles. Mohamed Simakan has shown quality well beyond his years, be it defensively with his decision-making or as a leader at the back.

The 20-year-old averaged 1.6 interceptions and 2.8 tackles for his side last season in Ligue 1, while he also showed aerial prowess, winning an average of 2 balls per game for his side. Apart from being good defensively, Simakan has also shown quality while launching attacks, using his pace and dribbling ability to move up the field with the ball. He is also adept at playing the ball long, averaging 3.1 long balls per game last season.

Burnley need a few additions to their squad to freshen things up as the Clarets signed just one first-team player in Dale Stephens in the recently concluded summer transfer window. Sean Dyche has a top-quality centre-back in James Tarkowski, but the options alongside him have been less than ordinary. Simakan could slot in right alongside Tarkowski at the back and offer the side energy and strength. He could fit in very well in the side and could even be a long-term replacement for Tarkowski if the Englishman leaves the club in the future.

The French defender could be one for the present and the future and would be a fantastic signing for Burnley who will need to be proactive in the January transfer window, going by their start to the season.