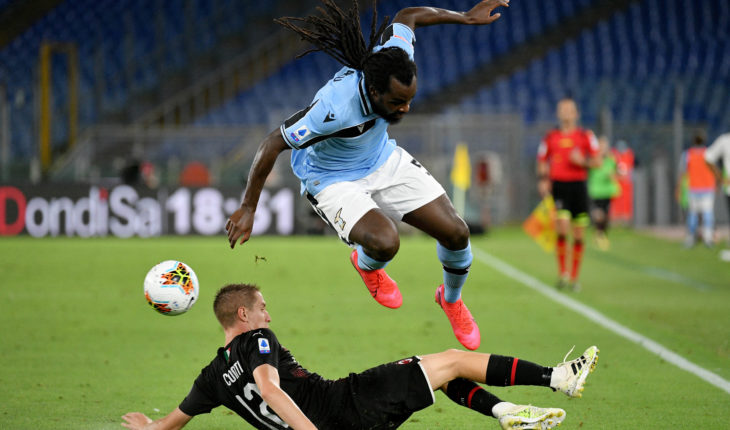 Leeds United are eyeing a move for Lazio left-back Jordan Lukaku, as per reports.

Lukaku has been with Lazio since 2016, racking up over 80 games for the club, and as per Il Messaggero, the Whites have made a bid of €5 million for the Belgian left-back.

Premier League side Brighton are also interested in signing the attacking left-back. Lukaku has two more years remaining on his current deal with Lazio.

The Belgian international has played eight times for his national team after making his debut way back in 2015.

Jordan Lukaku to Leeds United – A much-needed addition to their squad?

Leeds United have made a few smart signings in the transfer window since being promoted to the Premier League. The Whites signed Helder Costa and Illan Meslier on permanent deals after the duo spent last season on loan, and have also brought in Rodrigo and Robin Koch, both talented and experienced internationals.

The Whites, though, need to make a few more additions as certain areas of the pitch still don’t have enough squad depth. Jordan Lukaku could be a decent signing for Leeds as the Belgian has quite a few good qualities that could help strengthen this Leeds squad.

Lukaku is a left-footed player who has played as a left-back, wing-back, and even further forward as a winger. Quick, strong, and a good dribbler of the ball, Lukaku likes to get forward at every opportunity on the left flank, and put in teasing crosses into the box.

The 26-year-old has good work-rate, as well as technical ability. He may not be very strong defensively, but in attack, he can be a huge threat. Bielsa may need one more left-back in his squad as he only has one natural left-back in Barry Douglas.

The other options that Bielsa has at left-back presently, Stuart Dallas and Ezgjan Alioski, are both wingers converted into full-backs. While the former is a dependable player with superb versatility and will be an important part of the Bielsa team in the 2020-21 season, the latter has been inconsistent and not defensively sound.

Lukaku would an upgrade on Alioski and can be used by Bielsa as a wing-back if the Whites manager decides to play a three-man backline. At €5 million, the deal to bring in Jordan Lukaku would be a bargain.

Leeds showed they can compete with the best sides after narrowly losing to Liverpool in their opening Premier League fixtures, but their style of football needs good depth, especially in the top-flight.